So the second season of Mr. Robot boils down to Wellick and Elliot. The episode “eps2.9_pyth0n-pt2.p7z” revealed a lot of things that have been bouncing about in the verse. For starters, that FBI flowchart shows Tyrell and Elliot as two distinct people.

(Although, unlike everyone else on that board, there is no line with an arrow pointing from one to the other. It is a direct line that ends on the picture. So what does that mean?)

In keeping with Sam Esmail’s mission of keeping the audience both on their toes and constantly second guessing, other things are revealed.

Angela, far from being a pawn of Darlene’s, seems to have struck a deal with Whiterose.  Either that or she has been an agent of the Dark Army for some time already.  Clearly she has been working with Tyrell as the phone call at the end of the episode seems to indicate.

This episode of Mr. Robot peeled back suppositions and replaced them with some interesting facts.  For instance, the flowchart and the inclusion of Mobley (sorry, Frederick) and Trenton at the very end as a teaser (The two of them are obviously in a witness protection scenario, presumably in Las Vegas.) shows that they both rolled over for the feds.

Dom reveals that Romero’s death was actually a freak accident and not the work of the Dark Army at all.  This episode also showed that the FBI uses “good cop/bad cop” as well, even going  so far as to use “Burn Notice” in a threatening manner.

A lot of little things became blazingly apparent in this episode.  For one, Elliot (Malek) does an excellent impression of Christian Slater. When Alderson “becomes” his late father without the imaginary persona, he copies the speech patterns of Mr. Robot perfectly.

Joanna Wellick can “turn on a dime” where emotions and behavior are concerned. Her face off with Knowles, who was sending the gifts, the phone and making those “breathy” phone calls, was shocking. Not because of how Scott reacted to the poisonous statements coming out of her mouth, but because of the statements themselves. This is one vicious woman.

It comes as no surprise to learn that she wants her bartender boyfriend to help set Knowles up for the murder of his wife.

Angela, like almost everyone else in this show, is shown to be a multifaceted character. As is Darlene, who protests her own self worth while still attempting to follow Elliot’s plan.

Dom also exhibits a duality. At home she is a lonely and slightly odd young woman (she talks to her Alexa like a friend) and at work she is the python, a predator patiently stalking its prey.

This entire season has been about illusion, even more than season one of Mr. Robot. It has thrown out twist and turns each week like so much mind confetti.  Last week’s episode was a good example of this confusing trail of clues that ultimately lead to a dead end.

It also seems to serve as a reminder, when placed against this episode of what may still be the final twist.

Esmail has shown that Tyrell Wellick is, or should we say was, a separate entity.  He was, until he was presumably shot by Mr. Robot in the arcade (and yes we still believe that happened) and went missing for most of season two.

In this world, Elliot takes on the persona’s of dead people he has/had a close connection to.  His father, who died an undignified and horrible death has become a part of Elliot. The dead man is Elliot to a huge degree.

If, as Mr. Robot, Elliot killed Tyrell, who confesses on the phone that he “loves Elliot,” and since the two men had a powerful connection, it would make sense that Elliot is “being” Wellick.

This means that Elliot being shot never happened, like when Mr. Robot shot him in the head earlier in the season, it is all in his mind. Essentially, Robot and Tyrell are both manifestations of Elliot.

After all, the Arabic speaking cab driver never once acknowledged Tyrell’s presence in the car.

Esmail has continuously yanked the mask off of characters to reveal intricate hidden facets of each one.  If the clues are correct, even Darlene may be something she is not.

The looming presence of the Dark Army, represented by Leon in the closing moments of the show, makes it seem that, unlike Romero, Mobley and Trenton might just be two loose ends that will soon be tied up.

Back to the Wellick/Alderson conundrum, Esmail may  be dangling the possibility of Tyrell being the real leader which would then make Elliot a Mcguffin. Like Mr. Robot’s diversionary tactics in the abandoned warehouse, the creator has been leading us in an alternative direction to keep us off the scent.

Mr. Robot has been one hell of a ride this season.  As the lights went out in New York, after Angela finishes her conversation with Tyrell,  it seems to be a portent of things to come.  Esmail seems to be saying that the third season will be even darker. 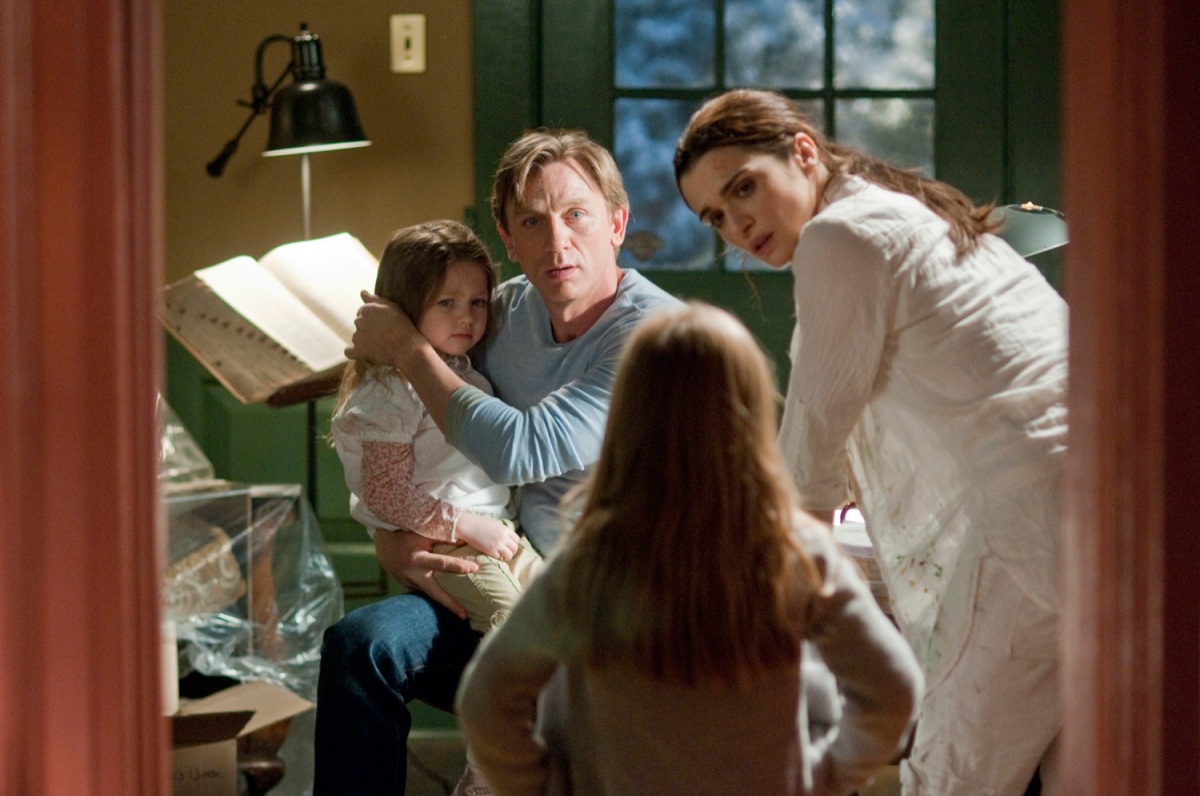 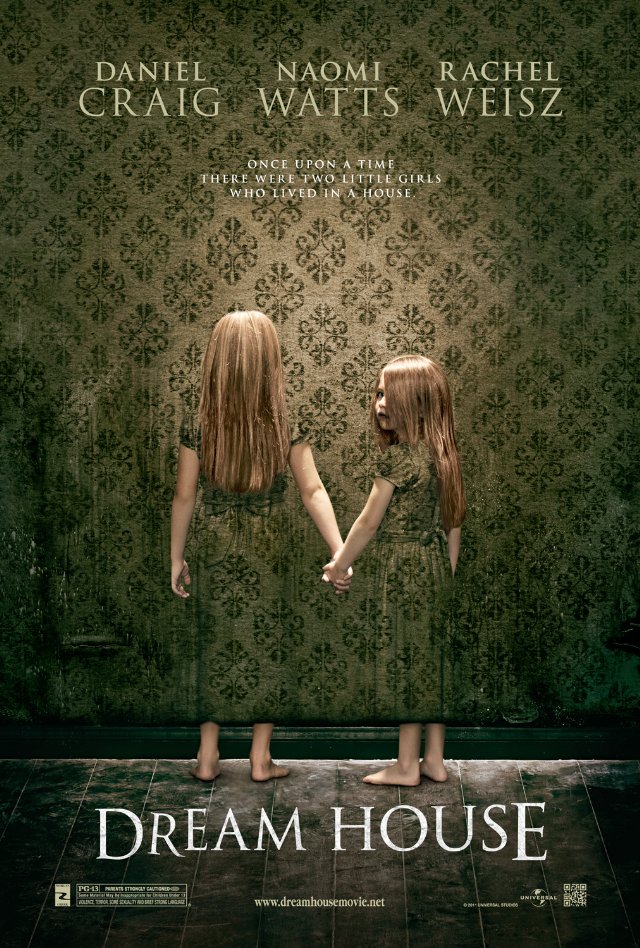 The 2011 film Dream House was a pleasant surprise. I had no real intention of watching the film as the marketing on it left a lot to be desired.  But as it was on Sky Movies I decided to give it a go. I’m glad I did.  It turned into a pleasant surprise, despite the somewhat jumbled editing and plot holes.

Directed by Jim Sheridan (My Left Foot, In the Name of the Father) and starring Daniel Craig, Naomi Watts, Rachel Weisz, the film is a psychological thriller that was marketed as a horror film. The film, when released got almost universally panned by critics. Although that does seem to be the modus operandi when films are not pre-screened for critics.

The other problem the film encountered was that Jim Sheridan had major problems with the producers Morgan Creek Productions. Morgan Creek took the film away from the director and did their own final cut on the film. Sheridan then  attempted to have his name removed from the production. Two of the film’s stars,  Craig and Weisz, also refused to do any publicity for the film.

Daniel Craig was completely disgusted by the final product.  But in interviews after the fact revealed that while he did not like the finished film, he did meet his future wife Rachel Weisz so it was “a fair trade.”

The film follows Will Atenton (Craig)  who has quit his desk job and is going to write a book. He has a leaving party and goes to his new home away from the city and starts his new job as novelist.  His family consists of wife Libby (Weisz), and their two daughters Trish and DeeDee.

The small family seem to have an almost idyllic life until they start being threatened by someone who is watching their every move and the local police will not help them. Apart from a reluctantly helpful neighbour, Ann Patterson (Watts), no one in the small town is on their side.

Will decides he must help his family alone and he learns that the house  his perfect family live in was the scene of a gruesome murder.

The story moves on quite well and the pacing, though uneven, is still on-par for the genre. Despite the director’s unhappiness  with the final product, it is overall a very satisfactory film. Dream House, for all its negative reviews is a pleasant surprise. The plot twists, when they appeared were genuinely surprising and by the end of the film, I almost had a tear in my eye.

It would have been nice to see the film that Sheridan, Craig and Weisz had imagined. It is not unusual for producers to snatch a film from  a director after disagreements arise. In this case you are left wondering just how powerful the original vision must have been.

All the actors do a brilliant job in the film. Craig proved, once again, that he is not just a “Bond” one-trick pony. He had shown his acting chops well before he took on 007 and it was nice to see those chops reaffirmed. Weisz is as usual a  pleasure to watch, she always brings a huge degree of believability to any role she undertakes.

Naomi Watts does her standard good job as the neighbour who knows much more than she lets on. Honourable mentions have to go to Elias Koteas and Martin Csokas as the film’s two “boogie-men.”

The film looked brilliant in terms of cinematography and set design. The switching between the “dream house” and its uglier more derelict appearance was done masterfully and with just enough of a seam to show how the character’s were seeing it.

Plot holes and dangling storyline were not a huge issue, although the actual plot device had been done before, most notably in Jim Carrey‘s The Number 23. But Dream House was, overall, a pleasant surprise and well worth the time spent watching it. I was suitably impressed, despite the film’s troubled beginnings. I’d give it a four out of five stars for entertainment.

My take on Black Swan and I highly recommend you folks see the film! This was made back in February 2011. Enjoy!