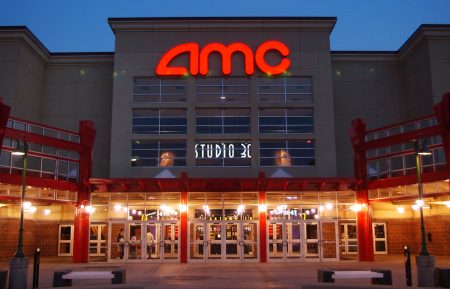 The Corona Virus has changed the face of the world as we know it. The virus has put a mask on it. AMC with its latest press release has stated that now its patrons must wear a mask. In light of the recent Covid case increase with lockdown being relaxed, it makes sense. They have even stated that masks will be provided. One can assume that we will given one at the concession stand, if the ticket booth misses the opportunity. Will we then be asked if we would like to make it a large one for a small fee?

The introduction of this latest in Covid fashion will, undoubtedly, change our viewing habits as well. What with social distancing being a factor and the vast majority of the world on quarantine for over two months,  the average film goer may have problems enjoying the “new” movie experience.  How on earth will we shovel greasy covered popcorn or jalapeño infused nachos into our hungry mouths?

These oxygen deprivation devices will also, presumably, change how audiences react to the films as well. Granted, these “chokers” will only be on for the duration of the movie theatre experience, but, as anyone who has worn these torture contraptions knows, breathing is an issue. Not to mention, laughing, talking and seeing (as in misty glasses) all these things are impaired considerably.

On the up side, the annoying habit of other cinema patrons talking non-stop throughout the feature will be cut down. Or… It will be considerably louder with the added attraction of being indiscernible mumbling that will infuriate the unwilling listener just as much.

Kudos to AMC for trying to ride the fence and not getting impaled with splinters after their initial “We don’t want to annoy anyone” statement of “Masks will not be required.” The public outcry, which is amazing since at least half the populace are refusing to wear the annoying  things,  against the chains’ mediocre stance caused AMC to hastily jump off said fence tout suite.

Another thing to consider here is the future of film. Not just Hollywood but my beloved Indies as well, are also going to change. Mayhap, this will be short term, something that we can show our grandkids and say, “See in the early 2020’s we all wore masks.” But for all productions being filmed this year, masks will have to be on for all “present day” features.

*Also televison: So when “The Rookie” (ABC cop-show with Nathan Fillion) returns after it’s mid-season/Corona Virus  break, will the entire cast wear masks? With half their faces being hidden from view will we be treated to “acting with eyes?” Norma Desmond would have had a heart attack. “We had faces then!” We won’t even go into video games and the ominous feels this will evoke, “The Last of Us” anyone?*

2020 has been a sea of change, most of it not good at all, and parts of it have been downright terrifying:  Corona Virus, world-wide race demonstrations, hate for the Blue Line regardless of facts, a president who appears to be falling to pieces and a government tearing itself apart. All these elements combined with the Holy Catholic Church, for a time, cancelling public Mass for the first time ever in history have set most folks on the road to fear and unease.

In a world full of “fake news” and misinformation, 2020 feels like a badly written science fiction piece about global control and fear mongering. The Corona Virus, also known as “the Rona,” may yet turn out to be a proverbial mountain made out of a molehill. Until that time, it will be “masks on” and full steam ahead as the world struggles through this change in our times.

I don’t know about anyone else, but this writer will continue to place his faith in Our Lord and Redeemer and attend Mass either publicly or virtually. Movies, either streamed or publicly aired, will also be watched and enjoyed, with or without mask. Hats off to AMC for actually opening up their dream houses and trying to entertain the consumer again. Only history will tell if this was a good idea or not and we may not be around to find out. Be safe and remember to love your neighbour.

Oh and I’ll keep a regular mask please, the large would be too much.