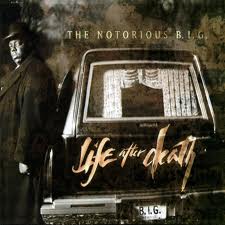 I wanted a nice “eye-catching” title for my post today. After battling with myself for all of two minutes, I decided not to use the Life after Death title I wanted. Because, although I was technically “dead” while they operation on me for hours, I wasn’t really dead.

At least, I don’t think so.

I mean,  I did not see a white light; get visited by old dear dead relatives; receive any messages from beyond and I did not have any earth shattering visions. I was a little disappointed.

But then, I felt the same three years ago when they pumped me full of radioactive gunk and ran tests on me. I sort of hoped that I’d get some sort of super power, like Spiderman or even Dr Doom. (I know he’s a bad guy, okay?)

I have mentioned that before I was checked out of the hospital early (the staff and the doctors/surgeons were amazed that I’d “recovered” in 4 days) the cardiologist gave me a “pep” talk.

Said talk consisted of me suddenly realising one day that I’d almost died and that I would react, most probably, badly to it.

But I have changed. No doubt about it. I’m different.

I could not have told you why either. Not until the other day at least.

I’ve finally been allowed to attend cardiology rehabilitation. I won’t go into the reasons why I’ve had to wait for over six months after the heart attack and two surgeries to attend. I’ve written about it all before. At my first “rehab” appointment I was given a questionnaire to fill in. Very much like the one I’d filled in on my first visit to my local GP after I got home from the hospital.

It asks lots of questions about how you feel.

Do you worry? Are you stressed? And so on.

One question towards the end  jumped off the page at me.

That is exactly how I feel.

I’ve been rushing around trying to do so many things; mainly because I’m afraid if I don’t, I’ll never get anything accomplished.

It  has dawned on me that I’ve spent the vast majority of my life not doing the things I was passionate about or even enjoyed doing.

My “too close for comfort” brush against the big guy with the scythe and hood made me realise it was time to stop futzing around. I then jumped back into the writing of my blog with almost manic energy (after  I’d started feeling like I really was alive after all) and then took stock.

At the end of that stock take, I’d made up my mind. Try everything that you’ve wanted to do for years; things that, damn it, you were good at. Writing and acting leapt to the front of the queue.

I am writing (a bit more sedately as I’m having to share my output) my blog, of course, but I’m also writing for Rogue Cinema. I’ve gotten my first freelance job, I’ve applied to The New Yorker Times, I’ve been accepted by What Culture and I’ll be acting for the first time in years around June/July this year. I am also, starting on May 16th, a host for Tomorrow Comes Media.

I am also up to chapter 7 of my book and I’m still sorting out ideas for more short stories for my collection.

I’m also researching, reading and discovering new authors and films. All these are just on the creative side of my life.

I’ve found that I can also take care of my house, garden, exercise, cook and try to get on top of my financial crisis.

Life is, at the moment, pretty damned sweet.

It is also busy.

So life after almost dying is good and, it has to be said, much better than the alternative.

19 thoughts on “Life After Almost Dying…”