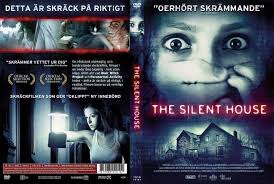 We watched this the other night out of curiosity. The film itself is a bit of a ‘one-off’ in that the director and producers claim that the film was made in a continuous take of 88 minutes. However if you look at the equipment that they used, a Canon EOS 5D Mark II which can only film up to fifteen minutes of continuous footage, it does bring a bit of doubt to the producers veracity.  I’m not doubting the producers intent though. Like most digital photographic cameras, there are ways to bypass the 15 minute limitation, not least of which is just having enough memory cards or disks to pop in after you’ve filled up the current one.

I have noticed a certain amount of snobbery and downright aggression against the ‘continuous’ claim and I can’t really understand it. The film is the first ‘horror film‘ to use a professional photographic camera to shoot the entire movie and despite claims and counter claims to the contrary, is the first to use a continuous take approach. All this means is that the film has a ‘real-time’ feel to it and that this enhances the tension we, the audience, feel while watching it.

Considering that the films total budget was in the region of seven thousand dollars, this is not a film to be scoffed at. It delivers well enough and the effects, though minimal, work well enough. In fact the film delivers well enough that before the digital dust had settled on it’s world premier, a Hollywood re-make with Elizabeth Olsen was in the works. So the film makers must have done something right.

Directed by Gustavo Hernández (who also co-wrote the screenplay with Oscar Estévez and Gustavo Rojo) The Silent House is based upon ‘true events that occurred in Uruguay in the 1940’s. If you Google this long enough, you’ll eventually find an oblique reference to the discovery of two horribly mutilated corpses that were found in a semi-derelict house in the country.  That’s all you will find. Still it was this story that provided the kernel of the film and it’s plot.

The film has a cosy feel to it cast wise as there are only really three players in the film.  Florencia Colucci as Laura, Gustavo Alonso as Wilson (Laura’s pop) and Abel Tripaldi as Nestor. There is another actor in the film, but as they only show up briefly towards the end, I don’t really count them as part of the main cast.

Nestor has employed Wilson and Laura to ‘clear up’ an old farmhouse that he owns. He wants to sell the old place but realizes his chances of doing so are pretty poor with the property in its current state. He shows Wilson and Laura what he wants done and before he leaves he tells the both of them to stay on the ground floor. The top floor of the two story property is unsafe with loose tiles and floorboards. 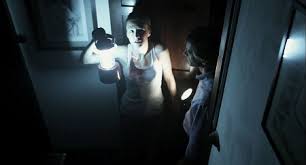 As it is quite late in the day, Wilson and Laura decide to sleep before starting their work in the morning. Literally seconds after Wilson enters the land of Nod, Laura begins to hear noises from the floor above them. After finally waking Wilson, who appears to have the ability to sleep through a major world war, Laura tells him that someone has entered the house and is moving around the top floor. He agrees to investigate, but before he goes he tells Laura that he expects her to be asleep when he returns.

As he heads up the stairs, Laura waits anxiously. We hear a scream and a thud and it appears that Wilson has encountered something bad. The film then spends a good portion of time building suspense and throwing in the odd ‘timely’ scare.

I won’t lie to you here. I don’t really see what was so great about the film that it warranted an almost instantaneous Hollywood re-make. On a scale of movie making where a score of 1 equals unimaginative and 10 equals revolutionary breathtaking originality. I’d have to place The Silent House around the region of 6 or maybe at a push 7.

Of course I don’t make films for a living, I just enjoy watching them and then talking about them. Perhaps the producers of the re-make (already out there by the way re-titled somewhat imaginatively as Silent House) saw what having a larger budget and a better known cast could do with this interesting little film. Who knows?

Still just in the area of the new digital trend in the movie making business the film hits a few resounding notes. The entire film was (regardless of whether it was done in continuous takes or not) shot with a professional photographic camera. It was shot as continuous as possible (taking into account the technical restraints of the Canon EOS 5D Mark II) and it did so on a budget so small that the phrase ‘shoestring’ budget seems almost too grandiose a term.

I would recommend seeing it, especially if you haven’t seen the re-make yet. It is always interesting to see the original films before Hollywood gets hold of them and ‘jazzes them up.’ It is also worth a look just by benefit of budget alone. When someone can make a movie for less than it costs to buy a used car, that sort of ingenuity is worth a look or two.