Sir Christopher Lee died yesterday and the worlds of horror and fantasy are reeling from the news. The 93 year-old actor made his name as Dracula in the Hammer films and worked more recently in The Lord of the Ring films and worked in iconic cult classic horror films like the 1973 The Wicker Man. I wanted to share my almost personal memory of one of the greatest actors the world has ever known. As Fangoria point out Lee was a versatile actor who appeared in various roles across genres.

Scaramanga, in The Man with the Golden Gun (an action film), Bailey, the gunsmith in Hannie Caulder (a western) and Dr. Wonka in Charley and the Chocolate Factory (comedy) are just three examples of different genres outside the fantasy and horror fields he is so associated with. Lee also did a lot of voice acting for video games, Kingdom Hearts II and GoldenEye: Rogue Agent (where he reprised his role as Scaramanga) are just two games that felt his presence.

He also worked in the field of mystery, appearing in Murder Story. He starred with a young American actor who would later become famous on television’s Buffy the Vampire Slayer and Angel as the very British Wesley Wyndham-Price, Alexis Densiof. Lee played Willard Hope in the 1989 film, a star author whom Denisof’s character idolizes and decides to emulate.

Murder Story was filmed in Holland and the company hired some local airmen and their kids from Soesterberg Air Base to be in the film. Ellstree Studios were making the film despite having just gone broke and having to restrict themselves to television. Ellstree produced the BBC soap Eastenders amongst a few other television shows that were all filmed in the studios.

After being hired to work on the show by a local casting company, along with a friend from the Armed Forces Radio Station down the hall, I was excited to be working on a film with Christopher Lee in it. Originally, both mine and the AFN chap’s roles were pretty big, we had lines and a bit of action as well. Not knowing much of the film’s plot or action, we were day players only, the idea that we may get to work with Dracula, or just “bump into him” on set was pretty heady stuff for two glorified extras.

That money was an issue became apparent “on the day.” Our initial roles had our Security Policemen talking and getting out of our base jeep to inspect damage done by the onscreen father of Alexis Denisof’s character. An accident caused by his son Tony (Alexis) driving in front of his car on a motorbike. By the time we got in front of the camera, our lines had been cut and we never left the jeep.

The second unit director, who filmed the action scene just prior to our bit, had excited us earlier in the day by suggesting that Sir Christopher Lee may indeed be around somewhere near by. The unit had started out filming in Soest, a small town near Soesterberg and Zeist where a lot of filming took place, and word was that Lee would be in the village.

If he was there, we missed him and a short time went to a section of woods in-between the village and the air base where we met Denisof, very briefly, and his love interest in the film; Stacia Burton (in her only film). The lovely young lady bummed a light off me, much to my second wife’s annoyance. We chatted a bit, which also got a bit of disapproval, and I am still surprised that this talented young lady has not appeared in any other projects.

After a long day, the scene was finished and we never met the legend. A year later, the same folks who cast me in the Ellstree film cast me in a commercial for American, and later British, television. Speaking to the woman who hired me, she spoke of meeting the iconic performer and how nice he was. She also revealed that he had been in Soest that day and that we’d only just missed him.

Sadly the film itself, which was something of a nine-day wonder as many of the high school scenes were shot at the base school and a good friend’s daughters got to meet and work with Denisof, went straight to video and died a quick death. This mystery movie gave Lee the chance to be something other than the villain and he was also able to show his mastery of languages as he did his own lines in Dutch.

As the world mourns the passing of an iconic entertainer, it felt right to share my own little “almost” experience with one of the most gifted actors to ever “wear the fangs” and become the ultimate Dracula to more than a few generations. Sir Christopher Lee gone at age 93, you will be long remembered and missed by a world of fans. R.I.P. 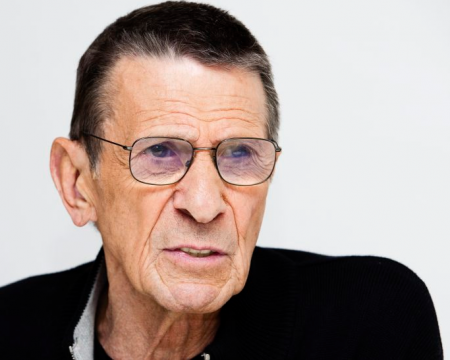 The news that Leonard Nimoy has died at age 83 from chronic obstructive pulmonary disease, something he told his many fans about last year, met his legion of fans on the Internet this morning. Now the world must face saying goodbye to a pop culture icon, one that has spanned decades to become one of the most beloved characters in the Star Trek verse. Nimoy brought the part-human Vulcan to life back in the 1960s and his Spock, complete with “satanic” earpieces, caught fire with the show’s audiences rather quickly…

Read the rest of the article at Viral Global News…