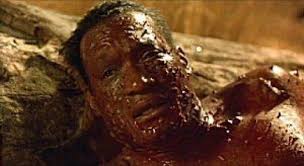 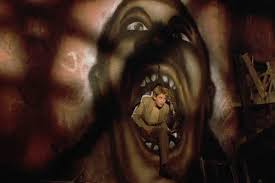 I have been a huge fan of the Final Destination films since the first one. The mix of gory deaths and cheeky humour was able to make me laugh and groan at the same time. I will readily admit that I own all the films on DVD. But I have got to say the quality of the films has depreciated with each new sequel.Yes I know that is going to happen whenever any film gets turned into a franchise. Although I believe firmly that the Scream films are the exception to this rule and of course The Godfather  films also are the exception. And anything after Terminator 2 is just ______ (fill in with the expletive of your choice).

Now we have Final Destination 5 in  3D yet. When I first watched it, I felt the digital FX really let it down. Then I realised I was watching the blu-ray version and not the 3D one. All right, I thought, we’ll give that problem a miss as I’m guessing it looked much better when wearing the glasses. But that was not all that was wrong with the film.

Before I have a moan about the film, I would like to say that the highlight was seeing the cameo by that always impressive actor Tony Todd. I’ve loved this man’s performance’s ever since I watched him terrorise Virginia Madsen in Candyman.  On a side note, watching that film made me solemnly vow to never look into a mirror and say Candyman three times. *shudder* Unfortunately having Tony Todd in the film (and it is a shame we couldn’t have seen more of him) did not help save it from being a huge disappointment.

My big complaint about the film was the loss of the tongue-in-cheek way that fate (or death) checked each character out. All the prior films had a beautiful sort of irony in the way each person died. Unfortunately it appears that the producers just wanted to increase the gore factor. I can imagine them sitting around a big board room table. “Okay guys, we’re going to make one more Final Destination.” Much groaning from the table members. “I know. I know. We said that the previous Final Destination was going to be the final one. But hey, with the advances made in 3D on Avatar, we can really make this one rock!”

So in my mind, I think they were a bit too much in love with the idea of 3D. Nice idea guys but sloppy execution (get it?).  On a final note, this was the only Final Destination I bought in blu-ray and it will be the first blu-ray that I take to trade in for a better film. Well, it is the first one, if you don’t count the blu-ray copy of Twilight that I unsuccessfully kept trying to trade in. No one wanted it because it had a “scratch” on it. I think they were lying like a cheap watch. They just did not want a copy of a DVD they couldn’t get rid of.

Damn, I hope I don’t have the same problem with Final Destination 5!