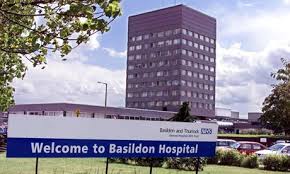 So, I have a 1040 appointment for my first follow-on with my surgeon. Since the hospital where I had my two surgeries performed is miles away I got up early to miss the traffic snarl that is a permanent fixture of the road network where I live.

This was going to be a long drive – the longest since my heart attack and subsequent surgeries – so my daughter Meg was coming along to help with the unfamiliar and long drive. Unfamiliar, because both times I made the journey, I had not driven.

The first time to the hospital I was strapped into a gurney in the back of a speeding ambulance and was a bit preoccupied with the pain of the heart attack to notice where we were going. I even found out later that we drove through one helluva thunderstorm that I was completely unaware of.

The second time was my somewhat inglorious departure from the hospital. A very good friend had picked me up so I could leave in the evening. Without any hesitation he got one of his mates to ‘cover’ the start of his night shift so he could drive the long distance to get me home. I did not pay a lot of attention as I was still so ‘drugged’ up that we could have been driving on the moon.

So this morning, despite neither of us sleeping well (me because my sinuses decided to reflect the middle of the night weather change and Meg because the same weather change caused her bedroom temperature to skyrocket), we both got up extra early.

Amazingly we both got ready to leave on time (0900) for the Sat Nav‘s over optimistic estimate of a one hour and fifteen minute drive to the hospital. The second we hit the main road that leads to the dual carriageway (aka highway)  traffic was backed up and moving at a crawl.

I did not react as I normally do. I did not curse and smack the steering wheel. I did make a few obligatory remarks about the driving skills of my fellow motorists and put the radio on for the travel news.

A side note about travel news. I listen to a station that caters to (how to delicately put this) older listeners. Folks who really do know how to Jitterbug and do the Lindy. You know, folks who actually had a chance to meet Glen Miller. I will point out that I do not particularly like this station. They like talking to the older listeners more than playing music. I applaud their attentiveness to their fans, but… Any way they usually give travel updates every 15 minutes.

I kept listening to the station for travel updates that are advertised as being “every 15 minutes” but after a half hour of driving they still had not given anyone a clue about the state of the roads or why everybody and their brother was on the road this morning.

It was not until  after we were trapped in a mile long traffic jam that the travel news came on and helpfully informed us of the multi-vehicle crash that had caused it. Just for the record? It was a whole lot later than 15 minutes Mr Radio Announcer.

Annoying (but as Meg pointed out not as annoying as it must have been for the poor folks that actually had the accident)although not insurmountable. Except for the fact that the accident occurred on the Orwell Bridge and said bridge is the main artery into and out of the area. One carefully placed (or not so carefully placed) accident can cause a gridlock in the county that can last for hours.

A few years ago one such accident occurred and a 30 minute journey to work became a three and a half hour tortuous slog down back roads that got smaller and less navigable the closer I got to work. Luckily for me, today I only had to ring the hospital and tell them that I was caught in a gridlock and could not make the appointment.

One very short mobile (cell) phone call later and whatever stress that was looming in the back of my mind because of the traffic jam, dissipated. Poof. Just like that.

The one thing I noticed about the whole situation this morning is that not once during the most stressful part of my short abortive journey did I long for a cigarette. There was no urge, no involuntary ‘reaching for a packet’ or patting of shirt pockets hunting for packs of smokes.

Considering that not too long ago, I would have irritably and angrily puffed my way through at least a half pack of cigarettes, this was quite an accomplishment.  I mean, I wasn’t even chewing gum.

So my first follow on appointment was rearranged and we got caught for well over an hour in a traffic jam and I was in a situation that historically would have had me smoking like a forest fire. Not only that, but I would have been well on my way to some ‘righteous-road-rage.’

I guess I am really trying to change my outlook on life and my reaction to it.

Shame it took a heart attack and a close call with death to bring it about. Still, better late than never. Today was a day off for me. I had a whole load of things I was going to do on this free-from-work day. But as they say, “The best laid plans…” Why did my plans go awry? Well let’s work that out shall we?

First I was up ridiculously late last night – that actually translates to the wee hours of the morning – then as a consequence, I overslept. Oversleeping then made me late for my appointment with my previous landlady and her final inspection. *sidenote – it went really well* Of course, I then had to wait for my landlady to make the aforementioned final inspection appointment because she was running late.

These two events had the cumulative affect of making everything else I had planned for the day get further and further behind schedule. As the day began to draw to a close, I started to get just a little stressed. All because everything – apart from the oversleeping part  – revolved around WAITING!!!


This all came to a head when, returning from my second trip to the nearest post office, I got caught in a traffic jam. I mean really? A traffic jam?? The vitriol was building up like a lava burst from a dormant volcano.

My inner dialogue went something like this: “WHAT?? I repeat, what ARE we doing here?” “First I drive ALL the way to the post office, JUST to find I have to go home and come back! Then, when I get home I have to make lunch! Then I have to come back to the post officeRIGHT DURING RUSH HOUR!!!!!!” To top it all off, they were working on the road.

Then just as I was about to explode like a mini-Krakatoa, I started to chuckle. Not hysterically – although it was close –  ”Well that’s what you get for oversleeping!” Explosion averted, I started pondering about the amount of times we wind up waiting for things. Don’t worry, I had plenty of time, this was a good sized traffic jam.

We wait, it seems, for just about everything. We wait in queues (lines for folks of American extraction) in supermarkets, we wait in the doctors office, in the dentist office, in the bank, at the petrol station, at the post office, at traffic lights and round-a-bouts (traffic circles, again for the American folks), we wait to be served in restaurants and wait to get our food in the same restaurants. We wait for holidays, days off, for the boiler to be mended. Well I could go on, but I think we’d both get bored and a little frustrated thinking about all that waiting.

I guess the thing I was pondering about in that traffic jam ( I’ll bet you thought I’d gone off that subject) was this. How much of that time spent waiting is actually our own fault?

My critical mass point today was the second return trip from the post office. I could have avoided the traffic jam and even have avoided the second trip, if, I had done at least one of two things. If I had not decided in my infinite wisdom to stay up “till the cows come home” and if I had actually paid attention to the website that told me what to bring to the post office to begin with. Whoo, that was a long sentence, wasn’t it?

I know that I’m not alone in getting angry at having to wait. I think that as a human animal we all have this tendency to begrudge our time being “wasted” by having to wait for something. But I’ll bet we could all live with these wasted moments, if we just thought about how we got there to begin with. I know my waiting today was largely a result of my own actions. Remembering this helped me to calm down and even have a chuckle at my own expense. This was much preferable to having a nuclear meltdown. The next time you’re caught waiting try looking at why. You might find out that you were the cause after all. This may not help, but, at least you’ll know who to pin the blame onto.