The Hunger Games Being Turned Into Stage Show

The biggest news to hit the Internet across the pond in the United Kingdom is that The Hunger Games is being turned into a stage show. According to the BBC the show will be ready to “tread the boards” in 2016. It has been reported that the blockbuster film is being adapted for a live show and that a purpose built theatre is being built in the nation’s capital, London for those who are geographically challenged, right beside Wembley Stadium.

That guy Willie Shakespeare knew a thing or two. Not only could he make a mean pair of gloves, but he could write plays till the cows came home. What a guy.

Take for example his play, As You Like It. The All the World’s a Stage monologue was just genius. He imparts the wisdom of life and all it’s stages. He also sums up in one line, life itself. “And all the men and women merely players: They have their exits and their entrances;…”

We do indeed. Shakespeare then goes on to talk about the seven stages of man, or to be more modern and succinct the seven ages of man. I suppose that I am at the stage of justice all frowns and severely cut beard bordering on the slippers and pantaloon stage.

Thankfully, due to modern diet and medicine, I’m not in the running for “shrunk shank” and reedy voice just yet.

I’ve always had a cock-eyed view of this monologue. When Shakespeare said seven stages (ages) I always felt that this could be changed to read parts or roles. Most of us find a role that we are comfortable in and we pretty much try to stay within the boundaries of that role. Sort of like actors who have to stay out of the stage wings and also have to avoid getting in another actors way.

But we also play many different parts in our life’s role. I will talk about man in the generic, i.e. it means both sexes, you remember, I’m sure, back in the old days before political correctness and having to spell out each and every time what gender the subject was.

We play husband or wife. We play parent and child. We are the job holder, the wise one, the jape and the naysayer – or in some instances – the yes man. We are the older retired individual who must scrape by on a pittance. We are the injured, the wounded, the dying.

When the world was less technologically advanced and theoretically simpler, we had one job that we strived to be the best at. If we could not do that, we did the best we could at not losing our job. Some people move from job to job, trying to fit in; trying to find that round hole that they can fit or, failing that, making themselves fit in a square hole.

Men change partners, introduce more babies into the world, or they practice an odd sort of hermitage. Evolution has demanded that we adapt to our constantly changing world. Men who cannot be flexible are doomed to fail. We must learn many different jobs and tasks as we all move to our inevitable end.

We learn, through trial and error, that not all plans work. We also learn that life is a crap shoot. The dice roll and fall where they fall. We cannot “load” the dice or cheat the numbers when they come up. Snake eyes still equals snake eyes when the dice stop moving. Men just have to learn to duck and dodge, serpentine if you will all the variants that life throws at us.

Some will decide that they cannot do it. They will opt for a deadly early retirement from life. The challenges prove to be overwhelming and unbeatable.

I have, in my short somewhat unremarkable life, been many things, done many jobs and had a great many injuries. Some of the injuries were of the physical sort and some were of the emotional sort. Both are extremely painful and once or twice I looked very hard at a deadly early retirement as a possible option.

A lot of people do and they will either discover that they do have it them to play one more role. It may take them a little longer to learn the blocking and the lines, but they will try and succeed or not.

My year, so far, has been one of wounding and injury. I have just managed to overcome both with a lot of help from modern medicine, and my daughter and my family. I have had  yet another role in my life come to an end. I will now have to find out what  happens next.

Another role is opening up to  me. I will need to learn everything I can to make this new role work. Will I succeed? I hope so. I think that Shakespeare’s stage of justice and pantaloons allows you to view any new “life changing” events with a cool head and a resoluteness that isn’t possible when you are younger.

So even though I am in imminent danger of having another “stage” thrust upon me before I was ready and I will have to learn (or rewrite) my life story yet again, I will not be frightened or uncomfortable about it.

Life is as stage just as the world is. I have made a few exits from roles and entrances as a new character, a new role, many times before. I will, no doubt, do so a few more times before I reach the “sans” stage of the Bard’s monologue. 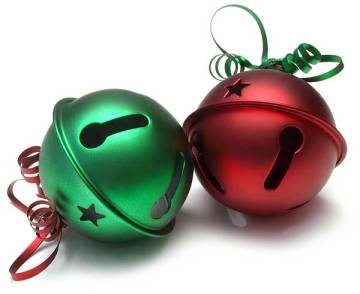