Considering the amount of widespread concern that the bird flu and then the swine flu generated it is not surprising that this 2013 South Korean film Gamgi, or Flu, decided to go with the avian flu as their pandemic boogeyman in the priceless picture about a highly contagious virus that threatens to overtake the whole of Korea. Starring Hyuk Jang (Please Teach Me English, Maybe) and Soo Ae (Midnight FM, Mask) and directed by Sung-su Kim (who also directed Jang in Please Teach Me English) Flu starts off rather light-hearted, almost comical in nature.

Here is where the two leads “meet cute” and the audience knows that they will become an “item” before the film ends. Jang, plays an emergency rescue technician (Ji-Koo) who helps Dr. In-Hye (Soo Ae) out of her dangling car before it crashes to the bottom of a chasm. While Ji-Koo has been instantly smitten, the doctor is not impressed as her dress was torn in the rescue.

Later, when Jang tries to get on her good side, she accuses him of being “stuck up” because of his job. When she approaches him to get her purse back, because of some important data she needs at work, he refuses. He then changes his mind and retrieves her purse, meeting her daughter Mirre (who is a delightful little actress who is not even listed on IMDb, or if she is it isn’t clear) and striking up an immediate bond.

At the start of the film, human traffickers are closing up a shipping container of illegal aliens who want admittance to South Korea for work. One man is sick and when the load of people arrive at Bundang, all the immigrants are dead bar one. He escapes when the two local traffickers come to open up the container. One of the men is infected and he starts the contagion in the town.

The avian flu spreads quickly, it is an airborne virus, and soon people are dropping to the ground spouting blood and covered in a rash. As medical authorities race to find the escaped survivor to develop an antibody the professional politicians take over and make things worse.

South Korean cinema regularly produces films that are of top quality and this movie is no exception. It is easy to get caught up in the action as it is unrelenting and by the end of the film the viewer is exhausted, but well entertained. Hyuk Jang proves he can do a lot more than straight comedy in a performance that runs the gamut of emotions.

The pairing of this charismatic actor with Soo-Ae, who was brilliant in the 2010 thriller Midnight FM, was casting perfection. They have an onscreen chemistry that hums like an electrical current on steroids. The scope of the film is impressive with set pieces that includes massive quarantine camps, and using the entire backdrop of Bundang to good effect.

It runs long at two hours and one minute but the story is compelling and the time flies by while the audience cheers on the main players and the race to save all of South Korea. It is a topical film, at one point one of the useless politicians chides the medical community for building up the swine flu, and though the film was released in 2013 it is still relevant.

Flu, aka Gamgi is streaming on US Netflix. For those who love South Korean cinema this is a 5 out of 5 star film. 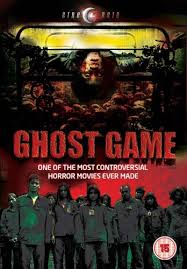 Ghost Game, or Laa-thaa-phii, its original title, is a great concept. Set in the world of Thai reality TV where horror meets greed and a group of 11 wannabes, the winner(s) have to spend a pre-ordained amount of time in a haunted Khmer Rouge prison and those who make it to the end will win a whole lot of Baht (5 million). On top of this fairly clever premise is the filmmakers decision to use real-life contestants from Thailand’s own version of American Idol, called Academy Fantasia.

In one review on IMDb, the statement is made that the characters are all “unappealing.” Well spotted! Of course they are, they are really contestants from the vile world of reality television. Sadly, the film does not hit all the right spots, as say the 2008 miniseries (later turned into a film by putting all the bits together) Dead Set. In Dead Set the producers took the stomach turning reality TV show “Big Brother,” fictionalized it and had zombies attack it.

Granted, not quite as original as Ghost Games but the chance to see show host Davina McCall get turned into a zombie made it a real winner, but that could just apply to this viewer. In the 2006 Thai film, the hopefuls all come from the “real” world of Thailand’s reality TV. Interestingly, the government was a more than a bit peeved about the show’s premise. 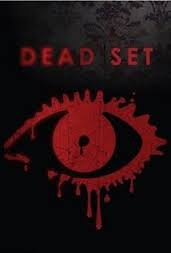 Setting it in a haunted Khmer Rouge prison where thousands of innocents were tortured and murdered, hit a little too close to home. Cambodian officials decried the film saying that the filmmakers were benefitting from the mass Genocide perpetrated by the Khmer Rouge. Thailand offered apologies and then released the film.

The Cambodian government were not too far off point in their complaint. While they charged that the producers were turning the horrific genocidal episode into a profit making drill, they did not mention the total disregard of the victims. At one point in Ghost Game, the contestants actually denigrate the remains in the prison, insulting their death and stating that they “deserve their fate.”

This is actually rather disturbing and one cannot help but feel it was a bit unnecessary to the plot. The evil commander figure who will reek havoc over all by the end of the film was going to do so anyway, the addition of insulting innocent dead – in a scenario that is all too close to real life – was in poor taste.

Sadly, the film, despite its original concept, loses pace and becomes a bit mundane as it trundles towards its climax. In some instances, the movie induces unintentional laughter. One character is meant to be running away in terror when something halts his escape. The scene, is pretty impressive until one notices how the character was running.

My daughter pointed it out, while screaming with laughter, and, once seen, it changes the feeling of the scene forever. The chap is in the background hunched over and scurrying comically rather than running in terror. It is truly funny and every single time I’ve re-watched it, laughter is my first reaction.

Ghost Game may have, after its original concept, lost pace and its way, but over all it still entertains. Thai horror has moved up several notches since its beginnings in the Asian horror market. The Ghost of Mae Nac, released one year prior, was a complete yawn-fest of slow moving
boredom. 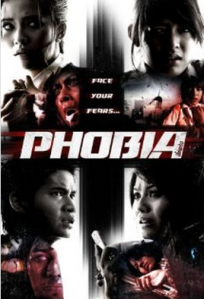 Fast forward a few years to 2008 and the Thai horror anthology 4bia which was clever, well done and in this reviewer’s opinion, bloody brilliant. There are other films that prove Thailand is learning the horror lesson well, not least of which is the top notch film Shutter. Made in 2004, this film hits all the right notes, but from other films on offer, it appears that the lessons are hard earned and sometimes forgotten.

Ghost Game, or Laa-thaa-phii works well enough that it still manages to entertain despite the odd, and inadvertent, comical moments in the film. Certainly no worse than much of the dross that Hollywood puts out, “can anyone say Uninvited?” (A shoddy remake of a classic South Korean horror film, A Tale of Two Sisters.)

A great example of how Thai films are progressing and as said before, the concept is pretty damned original and worth a look. 3 out of 5 stars. 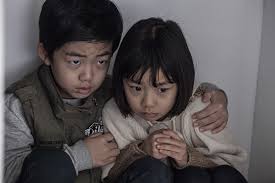 Written and Directed by Jung Huh this offering appears to be his first ever feature film and Hide and Seek is set against an urban myth of squatters in South Korea who live illegally in homes while the owners are still in them. On top of this myth, is the story of a successful business owner  attempting to find his estranged and missing brother.

The movie starts in a derelict section of town, a woman is talking to her boyfriend on her cell phone as she walks home. After almost being mugged, or assaulted, she says that she can no longer live in this neighborhood. As she gets in the lift, a stranger in black motorcycle gear gets on with her and as the young woman warily keeps an eye on the helmeted figure, she goes into her flat.

Shortly after entering the woman discovers that someone has been in her apartment while she was out. She goes to confront her next door neighbor, the person in the helmet, and this mysterious figure shows up and murders the woman in her own home.

The businessman, who owns a coffee shop/restaurant has OCD and despite this little problem, which he takes medication for, he has a normal family with two children and a wife. He receives a phone call saying that his estranged brother has gone missing and once he hears this bit of information his OCD gets worse.

Seong-soo, the businessman, goes to collect his missing brother’s belongings and tries to track him down. The film is a combination of mystery, drama, thriller and horror. The “villain” in the film is terrifying enough to give the audience nightmares. Not because of their appearance but because of the level of their madness.

One viewer felt that Hide and Seek is a reimagining of Dream Home, but there is no basis for this at all. Dream Home, the 2010 Hong Kong horror film about a desperate woman who uses murder as a way to get around the problem of over-expensive real estate, bears no resemblance to this little treat from South Korea.

There are plenty of nail bitting moments in this 107 minute film and as a first effort for the director it does not fail to impress. All the actors convince in their various roles and the subplot of a brother’s guilt about telling a lie and getting his older sibling in trouble just adds to the tension.

The two small children are excellent in the scenes where they are terrified and the two interact very well in others, so much so that they feel like a real brother and sister. Hide and Seek has several film plots and threads running simultaneously and it is to everyone’s credit that the film never gets confusing.  Great plot, performances and suspense. There are points where the viewer will be on the edge of their seat.

This is a real 5 star film and well worth the effort of watching even for viewers who may not like subtitled films. Hide and Seek is available on US Netflix at the moment.

Justin Bieber has posted a video “teaser” trailer for his next movie. In the clip, he sports a new mustache, aka upper lip hair as it really isn’t full enough yet to be called a mustache. He also jokes about drinking coffee now that “he’s a man.”

My take on Kim Jee-Woon’s loving homage/tribute to Sergio Leone’s iconic Spaghetti Westerns. This is about 2 years old this clip. Enjoy!