Okay, so I read in today’s internet news that a Chav (that’s UK English for poor white trash) has published her own version of Fifty Shades of Grey. The article goes on to helpfully point out that the book is available for purchase from Amazon.

Am I surprised? Uh, that would be a no, I think.

Ever since Stephanie Meyer helped open the door for semi-literate writers everywhere by getting the mediocre and laughably bad Twilight series published, other writers have been rushing to get their sophomoric  scratchings published.

I remember the big hoopla surrounding E L James’ book when it first hit electronic book stands. At best it sounded mildly pornographic, but oddly it was accepted as ‘mainstream’ fiction presumably because it was written by a woman. I never bothered to read the book or excerpts from it. I relied on word of mouth, or more accurately word of reviewer to gauge my reaction to it.

I also remember the publicity for the book stating that Fifty Shades of Grey was a middle aged woman’s sexual fantasies put in print.

I’m not exaggerating when I say that I would not want to read the middle aged  sexual fantasies of anyone, male or female. And before you rush to label me a prude or a repressed old man, I’ll say quite loudly and clearly that I like sex, I just don’t want to read about it, especially when written by a mid-life crisis wrinkly.

I just read the other day that this ‘best selling’ book was in fact intended as fan fiction for the series Twilight.

How you can take a series that is about as sexy as a dead trout and then write fan fiction that is, apparently, very hedonistic and not a little rooted in S & M somehow escapes me. But the very fact that both authors exhibit a middle school writing style explains a lot.

Okay, that’s enough rambling about the merits of Meyer and James. I’ll now return to the reason for this blog post. The article about the UK version of Fifty Shades (which was originally titled Fifty Shades of Chav) came about because the author (another middle aged budding author) got 6000 likes on her facebook page dedicated to her book.

So okay, sales of 6000 smutty poorly written books at .99 pence per book does yield a nice little profit. But what if the UK version does as well as the US version. Will there be charges of plagiarism? Will this success lead to countries throughout the world coughing up middle aged sex fantasies for their own topical Fifty Shades?

More importantly will this new trend of ‘older’ fan fiction continue to be top of the bestseller list? Hopefully not. I remember reading about the furore caused when Lady Chatterley’s Lover was first published. Written by D.H. Lawrence and published in 1928 the book was the scandal of the day. 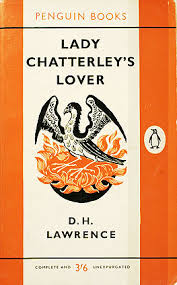 It featured a plot that crossed class boundaries and described the sex act quite explicitly. Not to mention the use of the ‘F’ word.  An uncensored version of the book was not available within English shores till 1960. Yet this book was a runaway best seller.

Have our reading levels been so reduced that we find nothing wrong with substandard writing? Have we all forgotten the rules as laid out by William Strunk Jr so brilliantly in The Elements of Style?

I can sort of understand the pushing of Meyer’s work in schools. It is difficult enough to get youngsters to read now-a-days. I can see the parent, teacher board saying, “Well, at least they’re reading.” But at what price? More importantly, what cost?

I can see a entire generation of substandard readers flocking to buy and read the latest electronic dross and ignoring the good authors. The writers who really know how to practise their craft. Experts who can not only tell a story, but tell it well.

I would dearly love to see something I’ve written become published. A lot of potential authors want to be published as well. I don’t know about anyone else, but I refuse to ‘dumb down’ my writing to appeal to the masses who apparently can’t get enough of vampire stories that aren’t and middle aged pornography.

I rather keep learning my craft slowly, surely and painfully. One day when I really know what I’m doing, I’ll get published.