I remember seeing the original of this film, the 1979 one with Carol Kane as part of one of those Drive-in Special features where you got three films for the price of one. Not too different from the $1.00 a car night where no matter how many hot and sweaty bodies you crammed in the car, it only cost a buck.

I say not too different because the concept was the same, you got two films that were kind of crap and one  “big” feature. If memory serves me correctly, the 1979 When a Stranger Calls was not the main feature, something else was and it wasn’t as good as the Carol Kane film, which scared the crap out of everyone in the car.

The whole premise came about because of an urban legend. I still remember it making the rounds ages before the film came out. It was, funnily enough a girl who was about 3 to 4 years younger than me (who had an embarrassing crush on me, if I’d only known how she was going to be when she grew up, I wouldn’t have been so embarrassed…I know, shallow; uh-huh) who was going to be doing her first professional baby sitting job.

We’d just finished messing around (With a Ouija board! Get your mind out of the  gutter!) when she relayed to me in a kind of breathless yet horrified way the story as she’d heard it.

“This girl? Well, she goes to baby sit these twin boys…or girls…I don’t remember which and she starts getting phone calls. Which she isn’t supposed to get cos she’s meant to be babysitting, right? So this guy keeps asking her if she’s checked the kids. So she keeps checking on them and when she gets tired of this whole rigamarole, she calls the cops. They then put a tracer on her phone and then they call her and say get out of the house! He’s upstairs!”

Incredibly, everyone believed this particular boogeyman story, as folks were just getting into having separate phone lines put in for their kids to have their own phones, so it sort of made sense. Of course it was easier in the days before the internet to spread those kind of urban myths because it was a lot harder to check up.

Presumably the film makers who decided to make the remake thought, quite rightly, that cell phones (or mobiles over  here) could facilitate the plot just as well.

Unfortunately the film moves at a snails pace and no one ever explained to the director that suspense that drags on too long becomes tedious and then boring. The addition of loveable Clark Gregg (aka Agent Coulson from S.H.I.E.L.D.) in a minute part as the babysitter’s pop, could not save this yawn fest from dragging on and on and on and on….

Camilla Belle is too stunningly attractive to be a real teenage babysitter in the real world and although her performance convinced me that she was about to have a major league panic attack or heart attack, the films agonisingly slow, almost backward, pace wouldn’t let me care.

So, as this is on Netflix right now (in the Uk anyway) and  if you’re having trouble sleeping, pop this puppy on and you’ll doze right off.

A 2 out of 5 stars only because. dammit, Belle is gorgeous and hey, it’s got Agent Coulson in it. 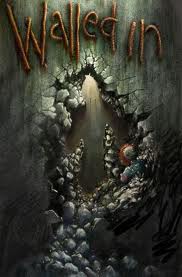 As director Gilles Paquet-Brenner‘s debut feature in the US and based on a French novel by Serge Brussolo, Walled In was perhaps not the best vehicle to show the celebrated French director’s talents. While not a bad film, it certainly doesn’t dazzle or overly impress.

With a boogeyman who stays (mostly) off-screen that is a maniacal architect working under the belief that if he incarcerate’s live victims into the walls of his creations that their horrific death will strengthen his buildings and allow them to stand forever, there is not a whole lot of jump scares or in your face terror in this horror/thriller.

Moving at a fairly pedestrian pace, the film follows Mischa Barton‘s character, Sam who is the first of the demolition specialising family of Walczak to graduate from college. Her present for this accomplishment is two-fold, she gets a trip to France with her hubby professor Peter (Naom Jenkins) and her first “solo” demolition job as an engineer. 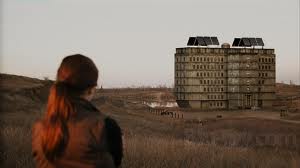 The job is to set up a colossal monolith out in the middle of nowhere that has been built as a luxury apartment building by the world-famous architect Malestrazza (Pascal Gregory). Once she arrives at the apartments she meets Mary the caretaker (Deborah Kara Unger) and her only son Jimmy (Cameron Bright) plus two other residents who’ve refused to move.

After Sam arrives she learns of the building’s disturbing and deadly history and about the horrible death of the architect who built it.

While this film does have some “harrowing” moments, it suffers from a lack of real terror throughout. It is too predictable and slowly paced to build up anything to really deserve it’s genre of horror/thriller. I enjoyed Barton’s performance, but then I usually do, and Unger is always a treat in anything she does. 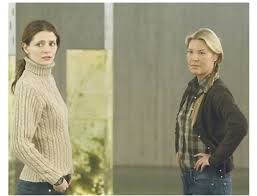 The real let down was Bright as Jimmy. Where his character is supposed to be deep, withdrawn and tragic, he comes across as snotty, secretive and self-centred. By the time the film’s “twist” is revealed, we’ve already guessed it and by that point do not really care.

Walled In is not a terrible film, it’s just not a great one. Easily watchable and one that you don’t have to pay a lot of attention to while viewing. The overall experience is a bit blasé and not thrilling at all; with a plot and story that befuddles and meanders all over the place and not a few plot holes, the film also suffers from a serious lack of logic that, I feel, may have been destroyed in the editing process.

A 3 out of 5 star film, just for some of the sets and the presence of Mischa Barton and Deborah Kara Unger (who I adore).

It is currently playing on Netflix at the moment in the UK. 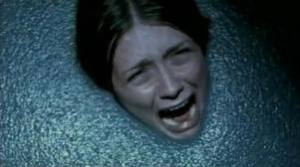 A German vampire film that’s on Netflix at the moment. Good gory fun.