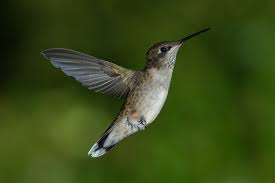 I am not a scientist by any stretch of the imagination. Innate curiosity does drive much of what I do and as a young boy I did think that science was the path to be taken. That was overridden by the realization that I would not be the next Brains Benton or even Sherlock Holmes. My brain lacked the essential element necessary to make one an expert in the scientific world.

Years later my curiosity and imagination are still here and logic, while it has increased in some aspects, has ceased to be the main reason behind not pursuing a scientific path. It is now brainpower and time that stops me dead in my tracks.

It was the curious part of me that wondered why all of the neighborhood birds flocked around my nectar filled hummingbird feeder. The upside-down bottle is full of a homemade concoction, recipe taken from the good old Internet, and when first filled only the little manic wing flappers supped from my good-natured offering.

When I made a new batch, using slightly different measuring utensils, other feathered friends began stopping by to have a drink. Even the woodpeckers would land awkwardly on the small feeder, using a series of gymnastic maneuvers that can only be described as comical to the extreme, to drink from my tiny well of nectar.

This intrusion on my little hummingbird friends would be acceptable except that a lot of the other birds are actively chasing off my little feathered chums. First there were the yellow, quite pretty birds, then the red headed and red crested ones and now the woodpeckers are all having a go at the original recipients of the nectar.

I left the feeder empty for a couple of days and all of the winged ones were approaching it, landing and dipping a beak in to see if anything was left. I then filled the thing with common tap water, sans boiling and sans sugar.

The idea being that as this is the desert and not a lot of excess water is to be found, perhaps the other birds are just thirsty. Time will tell whether this hypothesis is correct or not.

Thus far, the feeder has not been approached by anything apart from the odd hummingbird. After a day or two, I will boil some water to see if the avoidance is because of “treated” liquid. Apparently the tap stuff needs to be boiled in order to rid it of the chlorine, et al.

It will be interesting to see if all of the winged neighbors in my area return to have a sup of plain old water after the chemicals have been removed. Afterward, I will go back to the original utensils to make the nectar and see if the hummingbirds can partake of the sweet drink undisturbed by the bullying birds that have invaded their feeder.

I wonder if the enormous road runner spied this morning will decide to have a drink in either of the provided fluids in the feeder. While is seems unlikely that this veritable giant could manage it, the woodpecker with gymnastic tendencies is not shrinking violet.

I love hummingbirds. A lifelong fascination with these constantly moving tiny collectors of nectar has been around since the first one spied on my Grandmother’s honeysuckle bush. Since my new life in the real desert began this year, I’ve noticed a plethora of these nimble creatures.

These beautiful miniature birds, with their long needle-like beak, are as adept at avoiding the camera as the many lizards that populate this area of the world. Although the lizards are getting used to my presence. One who scampered by me two days ago stopped and turned around to look at this odd creature that it had zipped past.

Moving back toward my still form, the little chap slowly walked right between my legs. Demonstrating complete nonchalance about this huge thing that had initially startled it. My imagination had the scaly fellow thinking, “Ha! I’ll show you I’m not afraid of any giants or strange creatures.” In reality, since I was not moving and the day was incredibly still, the lizard with the long black tail just could not sense me. Still, it was…entertaining.

Equally entertaining has been watching the hummingbirds getting used to the feeder I put up two days ago. After finding the thing at the house, empty, I asked my mum about filling it. She was unsure about the recipe for homemade nectar. I looked it up on the Internet. (4 to 1, if you are interested; i.e. 1 cup of sugar to 4 cups of water, add to a pot and boil, but not too long as it weakens the sugar content. Let the mixture cool. Do not add food coloring to make the stuff look like the red store-bought stuff, trust me, the birds do not need it.)

On the first day, after I’d cleaned the thing thoroughly, I prepared the nectar and let it cool as per instructions. Later I filled the feeder and placed it in the shade of the porch. These was a larger hummingbird who was flitting about the front garden (yard) all week. I retired to the RV and watched his flight pattern throughout the day and he seemed bound and determined to ignore the nectar recently placed for his pleasure.

Speaking to a neighbor later the same day, I explained that I was worried about the recipe used. Perhaps the sugar to water ratio was off? I told him that if after another day the birds had not stopped by to have a drink, I’d take it down and find another formula to make the nectar.

The next morning, Mr. Large Hummingbird continued to flit about the small courtyard, but now he seemed to be looking for something. Flying up about the same height as the feeder but a good 20 to 30 feet away he hovered and floated this way and that, searching. A bit later he made a maneuver that can only be described as the hummingbird version of “sidling.”

He (or she) edged up to the feeder slowly and cautiously. Any noise, like my television or a car moving past frightened it off.  The creature was large for a hummingbird, but the constantly moving wings and tiny talons put him in that class of feathered friend.

Eventually, the thing approached the feeder and sat on the edge. Looking all around, it finally dipped its beak into one of the slots and after the first time, did so repeatedly. Funnily enough, this was like a signal to all the smaller hummingbirds in the garden. Presumably if the big chappy liked it, the stuff was considered okay and lots of the wee little, and colorful, birds stopped by for a drink. Before the sun went down around 9 came by for a leisurely drink.

As I sat on the porch, reading yet another Louis L’Amour book (this one about a female Sackett named Echo) several came up to drink. The sounds of their wings up close has the same effect of a wasp’s wings in one’s ear. Unlike a wasp, the tingly feeling was not one of alarm but just the start of gooseflesh which dissipated rapidly. The texture of the flappy wings was more leathery and not insectile and the sensation was odd, to say the least. It was, however, enjoyable.

More so because the little frantic creatures accepted me sitting there with my cup of green tea and western novel. It was very nice and calm, despite the leathery flapping.

There are a huge amount birds in the real desert. One, who obviously is not a friend to the hummingbird, attacked the large chap who first took a drink at my refilled feeder. The other creature was gorgeous. Yellow, with darker tones mixed in and much lager than the tinier bird. I have not looked up what sort of bird the yellow, and disagreeable, bird was, but will do so.

This morning, I laughed till tears rolled at a sparrow who was bound and determined to catch, and eat, a moth on the inside of the window where I sat working.  I had paused, taking my hands off the keyboard for moment and was surprised to see this small bird about a foot away from my face, pecking at the glass.

Beak open, he darted forward and smacked the window then, wings flapping, it backed up and tried again. I was puzzled at first and then saw the small beige colored moth on my side of the glass. The insect was moving slowly across the surface, completely unfazed by the predator on the other side who gave a few more hungry pecks at the glass before giving up.

Before coming to town, aka Burger King where I have coffee and Wi-Fi, the hummingbird was back at the feeder. This time he hovered at the side, dipping into the nectar repeatedly before flying off. As he zipped around the corner of the building, I was reminded of a story my mother told me when my cousins and I were playing around Gran’s honeysuckle bush and chasing the hummingbirds when we were little.

Mum said that she had an aunt (or cousin, it was a long time ago so I’m not sure which) who was terrified of these speedy little things. Apparently, at the same house and near the same bush, she was playing chase with someone else. As she rounded the corner one of the hummingbirds flew right into her hand, impaling the girl with that long nectar seeking beak. For the rest of her life she was scared to death of the tiny creatures.

Looking at the large hummingbirds beak, I can see why, that must have hurt like hell and must have been very shocking to boot. Perhaps that is one of the reasons for my lifelong fascination, this tale of a sudden involuntary attack and the phobia it spawned. I’ll ponder it later today while I watch the creatures collect more of my homemade nectar.