Written by Tyler Hisel and directed by Jack Heller Dark Was the Night is a slow moody piece that gives stars Kevin Durand and Lukas Haas star turns. It also boasts a pretty impressive cast of secondary characters with Nick Damici (Stake Land, Cold in July) and Bianca Kajlich (Rules of Engagement, Undateable) to name but too very capable actors who round out the cast.  Set in the dwindling forests of small town America, the film feels a little like a real-life version of  Ferngully: The Last Rainforest but with razor sharp teeth and a voracious appetite.

While there are no fairies or small magical creatures, this film’s “Hexxus” is just as natural as the element in the ecological message a’la animated feature (with Christian Slater and Robin Williams), but lacks Tim Curry’s voice to make it seem more identifiable. In Heller’s film, this entity is big, mostly unseen, and fast. The creature has  thrice-spilt hooves  and razor sharp claws and later we also learn it has razor sharp teeth as well.

Set against around a small rural township, the film begins with the creature being discovered at a logging camp. It claims its first victims and then moves south. The local sheriff 20 miles away first learns of the migrating monster from a local horse breeder. Paul Shields (Durand) and his deputy Donny Saunders (Haas) investigate somewhat half-heartedly  the disappearance of one horse as they believe the breeder left a gate open and his horse escaped. The owner believes the horse was stolen.  Later we learn it was most likely eaten.

Shields’ mind is not on day-to-day policing of his town and its people. A recent tragedy, his sone drowns while under his care, and he and his wife, and other son, are struggling to deal with the loss. With his whole world in tatters, the sheriff is almost sleepwalking through his duties.

Durand, as Shields, looks as though he will burst into painful and heartfelt tears of grief at any moment. The man evokes so much inner torment that one wonders how he is able to operate on any level. Donny, the erstwhile former New Yorker who transferred to the country keeps an eye  on his boss while trying to get over being shot back in the Big Apple.

Canadian actor Durand is usual associated with action roles, although he has been knocking it out of the park with the FX series The Strain  as exterminator Vasiliy Fet.  His performance in this slow atmospheric horror thriller, proves that this actor’s chops are massive enough to leave the action genre behind if he so choses.

Co-star Haas, who has been working in the industry since 1983, is no stranger to the horror genre and his solid, and oh so real, performance helps to sell this film’s events without question.

Heller films his external day-time scenes with hues of blue saturating every frame.  This makes the film’s setting appear even colder and all the more disturbing as the unfolding events slowly build up to an unsettling climax.  The night time sequences are pitch black, leaving the viewer as disoriented as the main characters must be in the scene.

The pacing of the film is slow, moving forward at the speed of an arthritic crawl, but the sense of foreboding is overpowering and helps to keep suspense building despite the almost crippling lack of adrenaline.  This slowness does enhance the more intense moments.

When the hunters encounter the creature in the woods or when the police find the remains of the “monster’s” feeding frenzies, it shocks and impresses.  This film is not about jump scares and serial killers with large knives or alien races attempting mass genocide with buckets of gore.

It is a campfire tale, with a touch of  cautionary parable mixed in for good measure.  As Sheriff Shields points out in the film, this creature, disturbed by the loggers, is attempting to find another hiding place. With no place left to run, it feels threatened and is trying to claim a new territory. (Ferngully: The Last Rainforest but without the mysticism.)

The thing is also hungry.

Dark Was the Night,  proves that Kevin Durand can carry a film, with a little help from Lukas Haas, but this assistance was not really necessary. Durand convinces with a performance that feels tortured and full of pathos. Heller allows his star to channel his inner grief and it enhances the film beautifully.

The film is on US Netflix at the moment and is a solid 4 out of 5 star movie.  A whole star is lost because of the creature itself. When we finally see it, the thing feels more CGI than a real “once thought extinct” boogeyman.  Regardless of the “letdown” at the end this is great entertainment and worth watching. 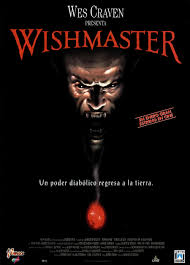