The Lottery: Season One Finale Airing to a Disinterested Audience

With the season one finale of The Lottery airing tonight to a disinterested audience, two things are clear. Firstly, there will most likely never be a season two and secondly if there was, for some reason, no one would care. The show has worked very hard to come up with a thriller that should have been a winner. Sadly, it seems that the viewing audience just do not have any interest in a near future where infertility and governmental dirty tricks walk hand in hand.

37 Dead at CAR Gold Mine 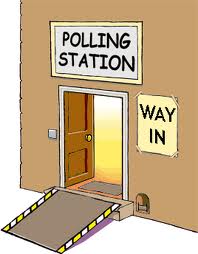 On the 27th of February I added a Poll to the end of a review. I was experimenting with a new type format of review and I wanted a second opinion as to how to present these ramblings.

I promised that I would post the results of that Poll and that is the sole purpose of this very, very short post. Now, in case you’ve forgotten, the poll was a if I should use the new format (which was to break the review into sections, such as plot, device, twist, et al) or just to ramble on as I always do.

I would like to say that traffic to the polls was brisk, but that would be a grotesque untruth. Business was slack to the point of being non-existent. The grand total of participants equalled (drum roll please) 9.

And one of those was my vote, to see if it would register or not!

So despite the dismal turnout of voters, I have left the poll up for the requisite week as promised and here are the results.

6 people voted for the new format.

3 people voted for the mix and match format.

No one voted on either of the two other choices.

Due to the very low response to the poll, I have decided to do a mix and match.

Why, you may ask, why not do the new format?

The answer is simple, I kind of like the new format, but, it doesn’t really fit all the films I review. Some do not have an obvious “twist” and some just don’t warrant  the new format. Plus I am still not sure I really like the new format. Add to the fact that my blog is not a democracy but more of a benevolent dictatorship, I going to go with the lower numbers. (not to mention that I voted for that one anyway)

Had there been a greater turnout, I might have gone with popular demand. But the truth of the matter is (with only eight people actually taking the time to vote) that not enough people seemed to be bothered one way or another.

I was not too surprised to see such a low number of respondents. I have never included a poll in any of my blog posts before and it must have thrown folks off. Still, it was an experiment that I wanted to try (like the new format) and I am glad that I did.

So there you have it. One very short post about the Poll results.

Thanks to all those who took the time to vote, it was appreciated. But as this experiment did so pol-ly (sorry, I couldn’t resist) I doubt that I’ll be doing another one in the foreseeable future.