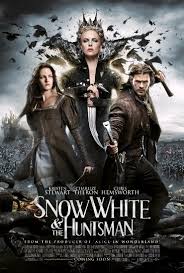 It may just be me, but the whole film kind of felt like a huge Angel episode. One where Angel and co have already been defeated by ‘Wolf, Ram and Hart’ and are now running the entire world to their own set of skewed rules. It felt like the ‘bad guys’ had won the battle, but in order to win the war had to keep sacrificing a certain amount of people to hold the ‘ancient ones’ at bay.

It was like this was really the series end of Angel and it showed us that the demonic law corporation was alive and well and holding back the evil gods by the skin of their demonic teeth. Having Whedon regulars like Amy Acker (never a bad thing) and Fran Kranz (a personal favourite after his brilliant role in Dollhouse), not to mention Tom Lenk (it was nice to see him in something other than the Pepsi Max commercials he’s been trapped in), sort of made this film seem like ‘old home week’ already, but add in the massive plot device and the twist at the end of the movie and it still felt a little like an Epilogue to Angel season 5.

But despite the niggly feeling that Eliza Dushku was going to suddenly show up and save the day, I enjoyed the film. The very presence of Richard Jenkins(who gave a star turn as the father figure in the film Let Me In) ensured that the calibre of acting was going to be top notch and it was. I adored the explanation of how the whole thing worked. The ‘participants’ had free-will going for them. Okay the cards were pretty much stacked against them from the get go, but they still had the liberty to misbehave or not. The entire feel of the ‘behind the scenes’ guys was brilliant. Right down to the betting pools on which ‘big bad’ was going to dispatch the group.

The writing was pure Whedon and Goddard gold. The scene where the gas station attendant rings the control room for a strange almost biblical rant. He  stops mid-rant and asks, “Do you have me on speaker-phone?” With much choked back giggling and gestures to keep quiet, the controller talking to the gas station guy says, “Yep, I did. Sorry about that.” He then makes a knocking noise and says, “Okay, you’re off.” Of course gas station guy isn’t off the speaker phone and the giggling and laughing clues him into this. The entire film was worth the price of admission just for this scene alone.

It was these type of scenes combined with the subtle action that made the film worth watching. Wendy Lin (Amy Acker) turning up her nose at the office pool and then at the last minute placing her bet. The slow realization that everything is resting on their televised sacrifice show and the pressures and tension that entails. The premature celebrations when they think they’ve won. I could go on but what would be the point?

The film was a brilliant attempt at satirizing the horror/slasher genre that just doesn’t quite work. The film has stand out moments and for my money Fran Kranz stole the show. The Cabin in the Woods was plagued with problems from the get go. The studios who had given the film the green light, then turned around and wanted to first change the format to 3D and then just wanted to get rid of the finished product.  *Interesting to note that the other film the studio was desperate to get rid of was the re-make of Red Dawn. Red Dawn also starred Thor aka Chris Hemsworth. It makes you wonder what the studio was thinking.*

I did also get the feeling that Kristen Connolly was a replacement for Felicia Day who must not have been available for the shooting schedule. I was desperate to see this film and was gutted when I missed it’s cinema run. Watching it last night, I was actually glad that I didn’t see it on the big screen as I don’t think it would have enhanced the experience at all. I am now waiting for the blu-ray copy to come in so that I may see the making of featurettes that I live for.

My final verdict is that the film is a must see for Whedon fans, or indeed Goddard fans,  and it’s still very entertaining. It is not a horror film (I thought I’d better warn you) and it only just misses the satire genre. The film is still clever and what we have come to expect from Mssrs Whedon and Goddard.