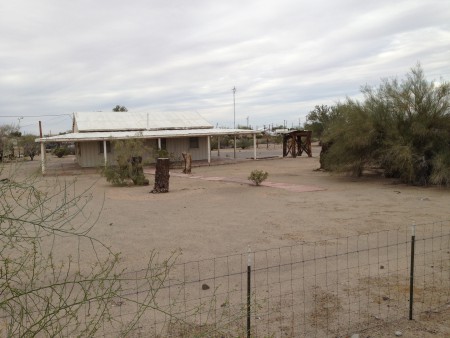 When I first moved down here in the real desert, the lizards were these teeny little dark shadows that flitted over and around small rocks and pebbles. Now the little fellers are getting bigger and longer, and scrambling over stones and the odd smallish boulder. They must also be that bit slower as I can see them easily.

The tiny shadow lizards moved so quickly that they seemed to be an optical illusion. A lighting fast streak of shade that disappeared before your eyes could focus on the small creature. Now they stay in view long enough that even without glasses they can be seen.

These are not the only desert denizens that are making regular appearances. Something that looks like a rat, but prettier, darts across the roads and can be seen very easily. These bold creatures will stay in the shade of a small bush and watch you pass. Monsieur Rat, or mouse, is around six to eight inches long, not counting his tail, and while not as cute as the chipmunks that scramble over the boulders that line the road, they are not ugly by any means.

After being here for a couple of months, where there has been no previous sign of them,  buzzards are now regularly  circling the hard pan on either side of the road. One persistent chap kept dropping down to the scrub brush along the washes. Presumably the “dead” animal he was going after was not quite ready to be put on the menu. There are, however, a great many new items alongside, and on, the roads  from rats to lizards and the occasional rabbit.

As it is spring, baby bunnies are hopping around the area. The cute creatures are not as numerous as the ones back in Suffolk. In the English countryside, there were always plenty of the tiny things clumsily jumping here and there, wide eyed and (sorry) bushy tailed learning about their world. The desert bunnies are obviously the offspring of the huge jack rabbits that call the hard pan their home as even though they are “babies” they dwarf their British relatives.

The appearance of the buzzards, or vultures, I can never remember which of these huge carrion loving creatures live in this part of the world, is a reminder that death is never too far away for denizens of the real desert.

On the way home from town yesterday, as the sun dipped slowly behind the surrounding hills of Quartzsite, I found the police had closed off the only road open to a bicycle. The cars could take the alternate route via the Interstate, but my two-wheel self-propelled vehicle could only take the route in front of me.

One of the on-scene officers explained that the road would be closed for at least another two hours. Looking ahead I could see two motorcycles on the right hand side of the road. One looked as though it had been damaged, the other did not. Pointing to the left side of the pavement, I asked if walking my bike through on that part of the road’s narrow shoulder was acceptable.

As I pushed my bike up the small grade, the two motorcycles came and went whilst I tried not to be too morbidly curious. Glancing over, once or twice, I could see that one bike had hit the boulders on that side of the road with enough force that it buckled the front wheel and twisted it to the left; until it was almost completely back under the petrol tank.

A lone helmet lay on the small shoulder of the two lane road just in front of the large rocks. On one big boulder in front of the abandoned safety item a blue arrow had been spray painted. It pointed up. At a wild, and most likely over-imaginative, guess? It looked like the rider went airborne at the point of impact.

Later, as I neared my destination, a couple who had been driving pulled up beside me and asked about the blocked road. I explained about the bikes and added that I would not be surprised if the accident had ended in a fatality.

They were not impressed with the thought of a dead biker but then, they were both of an age where impending death is not so much a concern. To this older couple, death looked to be just another all too close step in their own personal journey. Being a sprightly young thing in my late 50s, I still struggle with the inevitable advent of my rapidly approaching mortality.

It may well be that along with the lizards getting bigger in the real desert, that living in this hot and harsh climate is not just about surviving, but also about dying. The manner of death for the creatures that are native to this environment is often a quick visitation under the blazing sun. Cause of death: A speeding car, an ATV, or a hikers boot. After all, living is also about dying. As the late Katherine Hepburn once said, “Of course life is hard, it kills you.”