News that FX, utilizing the sharper than sharp pen of Noah Hawley, is doing a second season of Fargo is pretty exciting. Even more so is the knowledge that two Burn Notice stars are reuniting in the show. Jeffrey Donovan and Bruce Campbell will both be in the return to the brilliant criminal quirkiness that is Fargo.

The first season of the FX series, based on the Coen Bros big screen award winning cult classic 1996 film starring William H. Macy, Frances McDormand, Steve Buscemi and Peter Stormare, did much better than anyone could have predicted. The success experienced by Joel and Ethan Coen  was not expected to transfer successfully to the small screen.

But maestro Hawley utilized the verse of Fargo and introduced new characters and a splendid set of actors to play them. Billy Bob Thornton played the creepiest villain ever, Martin Freeman’s character was a nebbish everyman who murders his wife and Allison Tolman became a star.

On paper, at least, it does not look like the two will be playing many scenes together. The second season is set in the 1970s, specifically 1979, and Reagan has not yet been elected president. He would be just gearing up his presidential campaign. Considering the chemistry that Bruce and Donovan had in Burn Notice it is hopeful that the crime family resides in California and the two will have a few scenes together.

Donovan has not been overly busy since the USA series was cancelled, he is working on something called Shot Caller and its status (on IMDb) is “filming.” Campbell is also not overly busy although fans are eagerly awaiting the series premiere, in October, of Ash vs Evil Dead.  He is not currently “filming” anything else.

The two Burn Notice actors were a great double act in the show but despite this little reunion, they may be just a little overshadowed by the storyline chosen by Noah Hawley for the second season of Fargo. Information released about the plot reveals that this season is set in Minnesota and…Danson will play his age, Martin Freeman’s role will be played by Kirsten Dunst and Jesse Plemons, and Patrick Wilson is playing Alison Tolman’s dad.

Plemons, who was brilliant as Todd, the thug with the crush on Lydia Rodarte-Quayle;  the herbal tea drinking drug boss (played by Laura Fraser), should have no problem fitting in another criminal type scenario. While there are a number of impressive names involved with this newest visit to Coen Bros territory, fans of Donovan and Campbell can take a moment to be excited about their pairing. 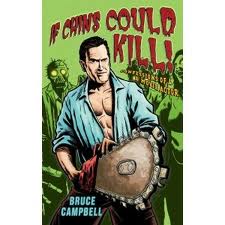