It is not often that I can have an instant epiphany while reading a blog post. It is even less likely for me to have one when reading a Freshly Pressed post.

I had one this morning though.

I won’t mention the  post by name or even by subject. You may be able to guess by the general tone of my post. If you can, I can only apologise to the person who wrote it, this isn’t personal. It’s not even a criticism.

We all write blogs for similar reasons and they run the gamut from practicing to write to reviews on film.

A lot of people though, use their blog as a sort of public diary. Their posts deal with introspective ideas, realizations, or perspectives. There are an awful lot of introspective blogs out there.

My blog, for instance, does quite a bit of introspective wool gathering and then goes on to air it, as they say, in public.

I try very hard though to keep it from being all about me and my introspective study of personal belly-button lint. I hope I’m able to walk the fine line between Zen-like self discovery and the public “whinging” and whining about my  poor pitiful life. 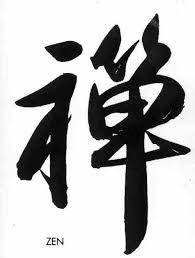 When I write a blog that isn’t dealing with my own lifelong fascination of cinema and the acting profession I try to write about things that have happened to me or those around me. Not in a news sense, but in a sense of “I learned something today, I’ll just pass it on in case someone is interested.” I also like to put in print things I’ve done or seen or tried for the same reason.

I even like to put up introspective pieces if I feel that someone might identify with the issue and if not find an answer at least be compelled to look for one. I much prefer to post a “reflective” piece though. If you look at the tags for this post you’ll see reflective is one of them.

I was a young adult in the days of the “I’m okay, you’re okay” generation. A couple of decades when a few enterprising authors made a fortune on self help, self actualization, self promotion and even self love books, courses, and public seminars.

Do I sound cynical? If you answer yes, then you my dear friend and neighbor have been paying attention.  I am indeed cynical. I’ve had 54 years of learning, that despite the teachings of  a few self help books, people primarily look out for number one first and foremost.

Now Father George refers to the “self esteem movement” aka the “I’m okay, you’re okay” days. It’s so nice to be vindicated. I just thought I’d point that out.

I guess the point I’m struggling to make is this, I don’t care about how well you can navigate the social network system. If you have discovered what a lot of folks already know about Facebook, Twitter, MySpace (I know they’ve changed their logo, but I can’t replicate it nor do I care to try), Bebo, et al; great!

I’m pleased for you. I might even go on to say I’m proud of you. There are not many who have gone this long and not realised that the new improved social network system is just another way for those in control to keep an eye on the populace.

Actually, the above paragraph is a slight exaggeration. I like the social network system or the SNS as I like to call it. It’s helping to make the world a smaller place. It’s also proving beyond a shadow of a doubt that trolls do exist.

I’m guessing that the amount of introspection blogs on offer has an awful lot to do with the creation of the “special’ movement. I never experienced that movement. When I grew up the pressure was on to be better at something and, if at all possible, to be the best.

I was taught that if you tried your best, that sometimes you would be better at something and you might even be the best…for a while. It’s called competition people, it’s healthy and very non-introspective.

We need to have goals and sometimes the goal is to be a better nailer than George or Mildred and not over internalize it or even to write about it. I may be overthinking this whole epiphany thing and that’s okay. At least I’m not over introspecting it.

In this cyber-age we live in our social circles are exponentially bigger than they would normally be. They are bigger because of social networking and the various sites on the web that encourage folks with similar interests to hook up and talk about their interests.

Facebook, Twitter, Bebo, MySpace, and all of the ‘second cousins’ of these social networking sites encourage us to join groups with other people that have things in common. Even YouTube is being used, to a degree and quite incorrectly, as a social meeting place.

Of course Facebook always stipulates that you should really know the person that you are either requesting to be your friend or vice versa. But in reality, how many of our internet “friends” do we really know? I would be willing to bet a substantial amount of cash that the answer is, not many.

A few years ago having thousands of friends on Facebook was considered a sort of status symbol by young people. Kids were having competitions to see who could get the most friends on their homepage. For all I know they still do.

But things have changed a bit in the world of Facebook. It is no longer considered just a meeting place for your real friends. Statuses are posted that are, for the most part, homogenized and carefully vetted to make sure that too much personal information is not put up for perusal. More personal items are discussed via messaging.

Facebook is now a place where fans can join their favourite actor’s, or fill-in-blank-here, page as a show of support and talk to other folks who like the same ‘celebrity.’ The actual owner of said page may or may not interact with their fans.

FB (sorry but, continually typing out Facebook was getting annoying) is also used for folks to show support for other reasons. Singers, artists, musicians, YouTube channel presenters are just some of the folks who use FB as a means of talking to their “friends” or supporters.

Unfortunately because of the ease of interacting with people we will most probably never meet, some people can become quite demanding of their internet buddies. As the old saying goes, ‘Familiarity breeds contempt.’ It also breeds an assumption of ‘real’ friendship.

This is, in actuality, an illusion created by the very medium that allows us to befriend strangers across the globe. Film and television help to perpetuate this illusion. Internet dating sites are constantly being touted on TV and films like You’ve Got E-Mail also tend to romanticize relationships that are made over the net.

But what happens when the lines blur? What happens when your new internet pal starts making demands on your time or starts treating you like a best friend who is threatening to stray?

Or what happens when your new buddy starts joining all the groups you belong to and sends friend requests to people you really know or are part of your ‘close’ social networking circle?

It starts becoming invasive, intrusive and not a little cyber-stalker-ish. But that is the pitfall and the danger of making internet friends. Unlike real life, where we can see the signs that tell us our ‘friend’ is becoming a little too interested or obsessed, the internet hides a lot.

This new age of cyber friendship can be fun and enjoyable for everyone as long as lines aren’t crossed. By treating your internet buddy like a real friend who you have actually known and interacted with in real life can be the death of that cyber relationship.

Because whether we like it or not what people put forward on these social networking sites is their ‘best’ or public face. To be more succinct, they use their polite stance when talking to folks. *Unless they are a troll. If they are a troll, all bets are off. They just want to act, well, trollish.*

And just like in real life, we cannot fall into the trap of assuming that we really know our web pals. Because, we don’t What we know is their cyber self. And that may or may not be who they really are.