Written by Stephen Miller, who also penned biographical books about Johnny Cash and Kris Kristofferson, takes the reader through the steps taken by the “smart blonde” Dolly Parton as she climbed from her dirt poor “hillbilly” beginnings to become a music icon and idol of the gay community. Miller could not speak to the performer himself and found many doors closed when he attempted to speak to the “inner circle” of Dolly.

There were a few of Parton’s friends and colleagues who were happy to relate their experiences and at least two of Dolly’s sisters opened up about being the non-famous siblings of the musical performer. Stella, who painted the least flattering portrait of her iconic sister, does come across as one with “sour grape” syndrome but she insists that despite her less than flattering picture she loves her sister.

Regardless of the lack of participants in the writing of this biographical journey, published in 2007 with an updated, or appended final chapter, the story of Dolly’s beginnings and her determination to be the center of attention where ever she goes, is pretty inclusive. Her long and often tumultuous professional relationship with country legend Porter Wagoner, who gave her the start she needed at the beginning, and her “enigmatic” marriage to Carl are looked at in depth.

By the end of the book the reader has a pretty good idea of what makes Dolly tick. A combination of pure talent, vivaciousness, energy, generosity, and drive all give this performer the edge to stay on top of her game. Dolly also has an innate sense of what will or will not work. This combined with the ability to just be honest with herself and her fans has endeared the performer to many.

Miller gives as many sides of Dolly’s story as possible. From her Uncle Bill Owen, who used to sit her on his lap on the long trips at the beginning of her career as a captivating 11 year-old, to the bickering that went on behind the Trio I & II albums with Linda Ronstadt and Emmy Lou Harris.

It would be interesting to have a further update which compares Dolly with her young Goddaughter Miley Cyrus and to look at their relationship. Dolly supports the younger artist and has gone on record as stating that despite being shocked at some of the things Miley done, “it’s in a good way.”

It is easy to paint parallels between the two women, but it would be incorrect to do so. Dolly started out with all the odds against her. Pure talent and the need to be adored by everyone gave Ms. Parton her avenue of escape from grinding poverty. Cyrus was born into the business and while she seems to have molded some of her career path on the OTT Godmother’s journey, she does not have the finesse to walk that fine line.

Parton, as pointed out by the author, is a walking dichotomy in terms of her religious upbringing and her Christian beliefs. The singer/songwriter has fully supported gays and their right to marry, much to the chagrin of some family members and the church. While this could be seen as an attempt to appease her huge gay following, reading the book by Miller negates this possibility.

Stephen Miller has taken great pains to show many sides to Dolly Parton in Smart Blonde and by the end of the updated book it is hard to believe that the performer is anything but earnestly sincere in her ideas and life. Miller also includes a lot of information gleaned from Dolly’s many appearances on British television. Interviews with Michael Parkinson, Terry Wogan, Melvyn Bragg (She was the subject of The South Bank Show) and even BBC One’s The One Show are quoted quite a lot.

This is a real 4 out of 5 star read. The loss of one star is down to the fact that Dolly did not participate in the writing of the book. 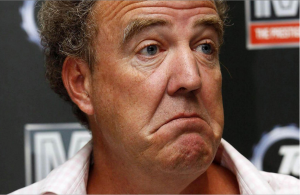 Read the rest of the article by clicking this [link] to Viral Global News.

During a recent BBC Newsnight interview, it looked as though Jennifer Lawrence was dissing Miley Cyrus on the English television news program. In reality, Jennifer was just explaining her feelings about nudity and how sex sells in the entertainment industry. To be fair, Ms Lawrence never mentioned Miley by name, it was Newsnight host Zoe Conway who brought the 20 year-old pop star’s name up.

Kanye West on Jimmy Kimmel: It’s About Art and The Truman Show

Audiences learned a lot about Kanye West when he turned up on Jimmy Kimmel’s show. Ultimately, it’s been revealed to be all about art and The Truman Show. But before this startling information the first thing learned was that this was not a participatory prank between Kanye and Kimmel.