As our priest at the Church said at the beginning of this whole COVID19 pandemic, “this is the start of COVIDic times.” He was not wrong. This pandemic has changed lives and taken more. The entire “to mask or not to mask” debate continues to rage on while making it through COVID19 in one piece becomes more difficult. The arrival of the new vaccine may help, but, it will be too late for some.

Many may feel that they are immune to the virus. Having gone from the start of the whole thing till November. It certainly seemed that becoming infected was a long shot. However, waking up on the third day of a four day shift on 2 November. This turned out to not be the case.

A body that felt like a Raggedy Ann doll that had been beaten with an aluminum baseball bat and a temperature. This was not the start to a good day. After having a tasteless breakfast, the temperature was checked again.

It had gone up.

Work verified that a test would need to be done and the long trek to the “office” was undertaken. After being tested for Flu (It was also the start of the influenza season.) and the new virus,  only the COVID19 came back positive. Being sent home and placed on quarantine for 10 days seemed, at the time, a short annoying diversion while this stuff worked its way through the system.

This was not a 10 day stint, however, and the symptoms were bad. Crushed glass in every single joint, muscles that felt smashed and bruised. A temperature that never really eased off. Sleeping 12 to 14 hours every single day until the ever increasing cough made that impossible.

So it was off to the VA ER (Veterans’s Administration Emergency Room) after a phone consultation. They were friendly, helpful and patient. They also shoved that stick up an already irritated nostril and held it there for 10 seconds. 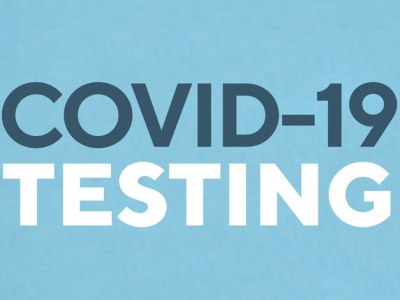 Fists clenching and unclenching to keep from punching the young lady administering the thing, it was excruciating. Feeling like blood was going to come down in freshets out of an outraged nose, it took far too long to get a reading. The result?

(As was each subsequent reading taken at the VA ER.)

It was watched carefully and it did not clear up as hoped. So back to the ER the next Friday. More drugs were given out and another release was signed. Then Thanksgiving and no real response from a phone check until the week after. Once again it was back up to the ER, this time for edema that was so severe shoes could not be worn.

All through the quarantine, getting up out of bed proved to be a battle in and of itself. Walking was a precarious challenge and legs, ankles and feet did not want to cooperate. Feeling and looking like a drunken soul attempting to come home from the pub, it took ages to stagger the short distance to the kitchen and get a small bite to eat. It was then back to bed filled with exhaustion and a brain that refused to do anything other than the bare minimum.

A total lack of energy combined with that cough along with a case of the “trots” that made trips to the toilet as frequent as 10 to 12 times a day, made for a miserable time. Each and every time a trip was made outside the quarantine area, a 10 X 12 bedroom, a mask was worn. Thus far, the only other occupant in the house has not been infected. So it seems that these annoying mask things do work. (For clarification, the bathroom and the kitchen were no further than 10/15 feet from the quarantine room.)

Since being diagnosed on the second day of November 2020, a total of one and a half months has passed. Three trips were taken to the Veteran’s Hospital Emergency Room and only on 11 December did the symptoms begin to ease up. The, seemingly, eternal weakness started to abate just a few days before that.

Without breaking a sweat.

The lack of brain cognizance, in itself, would have been alarming, if it had registered. It did not. Driving to the ER put not only the mentally impaired driver at risk but everyone else sharing the road. Thankfully, no one died and the last trip did not feel like driving through a thick metaphorical fog.

Thanking God for keeping this from being a more serious affair, i.e; hospitalization, intubation and/or death, is done daily. There are, however, long term “issues” for those who took longer than the 10 to 21 day quarantine while waiting for the virus to “run its course.”

Media is reporting that patients who have suffered from the virus for a longer time period could have problems. Heart, lung, kidney issues, along with a few others, will, reportedly, erupt long after the virus is gone.  In other words, this virus is a gift that keeps on giving.

Treatment of the virus throughout this entire ordeal was practically non-existent. No COVID19 drugs were given out. A lady friend did supply some capsules similar to the drugs given to the POTUS. Handfuls of vitamins and supplements were taken daily as well and still are.

The hospital did prescribe steroids, along with antibiotics, for the pneumonia. Nothing was given for the virus itself. Granted, this is the VA and they do have a very stringent process for what can and cannot be given to this country’s veterans. So it is not too surprising that while the medical jury was weighing up the benefits of these new experimental drugs, the VA did not hand out any of these “cures.”

As hospitals continue to fill with new cases; body bags, along with food freezers for storage of same, are being ordered to cope with the massive influx of deaths. This information alone has the effect of making it through COVID19 to be a bit of an accomplishment. The ongoing argument of mask wearing may be slowing down. Although there are a few folks who feel that their freedom has been infringed and continue to ignore the new laws.

Not to mention the members of a nation filled with conspiracy theorists who believe firmly that the virus has been blown out of all proportion. There are those who, with teeth clenched and jaw muscles bulging, claim that this is a media influenced hoax. It has all been aimed to help the government take away our freedom. 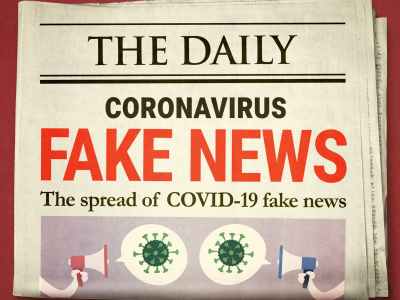 Time will tell whether this is true or not. However, as one who got the virus and suffered through isolation along with all the lovely symptoms, it certainly seems, and feels, real enough.

Whether anyone in your circle has COVID19 or not, take a moment to thank a first responder and any member of the healthcare community. These overworked and beleaguered heroes have been working this issue since the start of the year. May God Bless them.

The last of the name dropping posts.

My biggest break came after we moved back to the UK. I had been fronting videos and was trying to find work as a VO artist. I also was doing the odd supporting artist gig. From BBC’s Lovejoy

to  ITV’S The Chief I did a few. Then I changed my agent, or rather agents. While I was doing extra work I had two agents, both from Norwich. I then had a chat with actor and vocal coach John. Sorry, another of those “I can’t remember his surname” deals. He told me off for doing extra work. His view was if you are an actor then act, don’t stand in the background and watch other people do it. “And for God’s sake, go and get a proper agent…one in London!”

It took a while as it seemed there were a lot of “me’s” out there already. I…

This is the last of the “re-treads” for today. I changed my career goals as often as most folks change their underwear. My career choices ranged from: Lawyer – school took too long, Doctor – see Lawyer, Police – poor pay, Military – very poor pay (of course I did wind up in the Air Force, but that wasn’t a planned career move), Archaeology – pay non-existent. The list was endless.  Then one day I had an epiphany – on the career front anyway –  I could be an actor! Rather than try to pursue all…

A little back catalogue reading… Okay so I tried to rent a big van, but, they didn’t have any. I was a little annoyed. I figured that the big van would allow me to move everything from storage in one go. Little van equals many trips.

Now the important part of the above paragraph was the word yet. It turns out that someone else borrowed the hand truck and will have it back in a couple of hours.  Since I have the little van and have to make several trips, this…