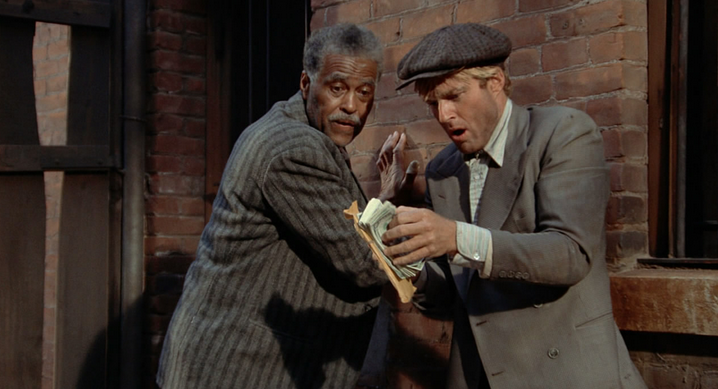 It would appear that in some areas, dreams can still be bilked for big money. There is at least one website, the Guardian Liberty Voice, that is still singing a song of sweet success to those who write.

And to those who think that they can write. Back when the online publication was called the Guardian Express prospective writers were enticed to join the “paper’s” bootcamp and learn how to write for the Internet and Google.

Back in those days, the training lasted one week and consisted of learning about how to do images and where to find trending stories and the secrets of Bottlenose. There was meant to be a test at the end of the week’s training but I did not have to take part. My class consisted of me alone and my articles were packing views in at an impressive rate (according to owner/publisher DiMarkco Chandler) so at the end of my “hell day” I was immediately brought on board as a writer and editor for Entertainment.

I did edit as well as write but anything that kept me from hitting my 8 to 10 articles a day output was frowned upon and the duties of editor were taken away, but not the title. As my output soared (on weekends I wrote up to 15 articles a day) I was then made Deputy Managing Editor and Senior Entertainment Editor.

*As I’ve pointed out before, most of these articles were a minimum of 500 words and many were up to 1500. However you slice it, that is a lot of work.*

This promotion was soon followed by the information that I was being made a “late stage co founder.” Something that was made to sound quite profitable, eventually, and rather special. It soon turned out that being able to breath entitled one to earn this special title.

While having worked management positions in retail, I was not qualified in the world of journalism to run any paper’s section. Journalism was a class taken “millennia” ago and although being a manager does help to a degree in helping underlings to make deadlines, it does not immediately qualify anyone to work across the board. Managers should be well versed in the area they are working in.

I’ve written a couple of articles about my time at the GLV and Carol Tice wrote an incredibly well researched piece about the company last year.

This is not meant to be more recounting of an odd experience but a warning that there are other places out there that also take advantage of their writers and staff.

A few years ago, my daughter was approached by a website that specialized in video gaming news. She has her own YouTube channel and she hired on to do videos and write articles for this site. In a matter of days, the publisher had her writing up to 7 articles a day, although she was contracted for 3 to 5. The pay, however, was brilliant.

As time went on, her output was meant to go up exponentially and she was expected to do a certain amount of videos per week. Starting the job in her break from University she had to stop when the next semester started. After a short time, other writers and video journalists were being either fired or quitting.

The publisher did not take the departed staff’s names and titles down from the site. Thinking that this “established” site was still going strong, when the publisher approached her to do some more work she said yes.

Things were very different in her return to games journalism. The price for the videos had dropped drastically and she was not required to write many articles at all. To make a long story short, the publisher was now writing all the articles himself but putting them under the names of the departed staff.

One of the perks of doing videos and writing gaming news was getting early copies of new games and this became an exercise in futility for my daughter. There was no rhyme or reason in the way games were shared out and it was only after partnering with Sony that the situation cleared up.

In the end, this blogging site lost many of its original staff and left quite a few with lingering sense of betrayal. This video games blogging site was different from GLV in many ways.

There was never any sticking point like a contract, apart from a verbal one, and video walkthroughs and reviews were part of the package expected by its staff. The site, which is still up and running, continues to do its thing and appeal to gamers the world over.

GLV, despite its intent of having a TV channel on the site, never did proper videos and the channel never worked well enough to reach fruition.

Any interviews I did had to be uploaded onto the publisher’s YouTube channel and received a tiny amount of views (less than my own personal YouTube channel uploads). In fact, after the first “big” interview (a hastily put together Q & A with the incredible Marlon Wayans) no camera operator was sent to film these events.

The one thing that both of the sites have in common is that the owner/publisher of each were entrepreneurs. This appears to be the new code name for con men and women. It is not all about selling the unwary the newest thing in bridges, swampland or snake oil, it is about luring the creative into writing or vlogging for sites that have no intention of paying for work being done, despite promises to do so.

I will include one last thing about working for the GLV.

Leaving the company did not solve all my problems, for one thing it now appears that the president (who took care of all the forms needed by the self employed contractors to file their tax claims) has revealed in a confidential email to the publisher that the 1099s are incorrect. Mine, which I have yet to see, she refused to send out as the publisher is attempting to falsify my income by making it much higher than it really was.

As I sit here finishing this last Internet writers scam article, I am now worried to death that I will get a 1099 that is not only falsified, but, one that will leave me liable for taxes I do not really owe or can pay.

Beware the Internet children.  In this cyberspace medium there are creatures who prey on the creative and wannabe creatives. They are not above overworking and underpaying writers and they lie. Do not trust GLV and its expanding offshoots look around, start your own blog, write for experience and do not expect a huge amount of money when you are starting out.

Most importantly, use the very medium that is being used against you to learn if the snake oil on offer is really liquid napalm that is ready to burn you to a crisp.

Postscript: While polishing off this article, I was contacted by The Lyrical Elitist, a fellow blogger and, for a short while, fellow employee at GLV, who thanked me for my article and revealed another that he had just written, concerning a leaked email. One that I’d seen earlier today, that mentions me specifically.

7 thoughts on “Entrepreneurs: The New Con? Writing for the Internet”