My mother always told me I was special (she still does actually) and even though I knew that she thought so, I knew it was because all mothers think their children are.

But today, I’ve had no less than three different bloggers nominate me for the Epically Awesome Award of Epic Awesomeness!

First, Kim over at Tranquil Dreams, then Natasha over at Films and Things and finally Meera over at Meera Darji have all hit me with the same nomination. I can feel my ego expanding to huge dimensions as I re-read this and I may have to order a larger sized hat in future!

Right, as with all these awards in the blogging verse there are rules. I know, I know, but it’s like the big guy said, “There’s no gain without pain.” (Or something very similar to that.) Now before I go into these rules, I’ll just point out that these “awards” are all good fun and are not some subversive type of punishment or torture. It is a way to build our little (Did I say little??) community into one that is not just about the blogs, but more about the folks behind the blogs.

Caring and sharing. You know?

So, let’s get those pesky rules out-of-the-way, shall we?

After all my waffling on about rules in the above paragraph, there are only two!

1. Tell 10 epic and/or awesome facts about yourself.

I’ve done so many of these that I’ve pretty much run out of things that are epic and/or awesome about me to reveal! I’ve been doing pictures but I’ve gotten at least one request to, “Knock it off with the pictures already?”

But this is my award, dammit and I’m going to do a mixture…Okay?

2)I won the best supporting actor award in 1976 after a year of playing six different roles in one semester at Fayetteville High School.

3) My first ever radio spot for a play I did (called The Curious Savage) was done on the first take.

4) I went to school with ex-President Bill Clinton’s cousin.

5) Our “study hall” teacher was the guy who wrote the Disney film The Computer Wore Tennis Shoes starring Kurt Russell.

6) For a very short time, I joined a group of volunteers and read a news magazine for the blind.

7) Before being ill-health retired from my job as a prison officer I had been assaulted six times, the most memorable were getting kicked and punched in the face.

8) In 1996, I had a car accident that should have killed me. I walked away from the totalled car with just a few scratches. The policeman who responded to the call, looked at me and then the remains of my car and asked me to, “Please sit down.”

9) My cousin and I found a fossil that was unlike any we’d seen before, my uncle took one look and threw it away saying it was a fake, years later I found out that it was worth a small fortune!

10) I met ex-Vice President Dick Cheney when I was stationed in Holland. Two words? Not impressed. We were “volunteered” to meet him.

And now for my ten Epic and Awesome nominees!

1) Marilyn over at Serendipity she has one of the most diverse blogs on the net!

2)Tyson Carter over at Head in a Vice he does reviews, interviews, contests, promotions…He does a lot!

3)Austin over at The Bishop Review he is entertaining and always doing new “themes” and promotions!

4)Brian over at Hard Ticket to Home Video his blog is full of great reviews (among other things) and lots of humour!

6)Donna over at a little bird tweets another writer, author and excellent blogger!

7)Daniel over at Daniel’s Film Reviews aspiring film critic who does great reviews!

9)Nostra over at My Filmviews  he does movie reviews, blogging tips and lots more!

10)Tim over at timneath artist, sculptor, reviewer check him out!

And that is that. Except to say there were so many to choose from and there were three, no four! That I really wanted to include but I would be accused of playing favourites. Just know, that I think you are all epic and awesome and I’d nominate you all if I could!

So go check these bloggers out and they folks who nominated me as well, they’re all EPIC AND AWESOME! 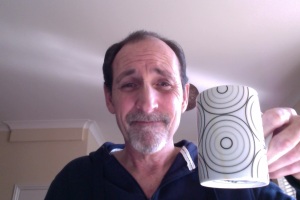