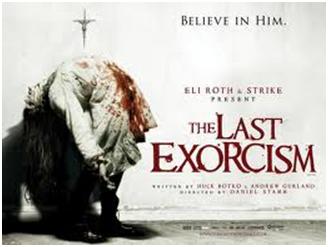 1999’s The Blair Witch Project started a trend of “found footage” films. As a trend making film, Blair Witch not only opened the door for a new type of film, but it also showed how use of the internet could be used to publicize your film and how to build an audience before the film’s release.

There is an old saying that goes like this, “Imitation is the sincerest form of flattery.” In the film world the saying could be changed to, “Imitation is the sincerest form of a successful film.” That Blair Witch was successful is beyond question. Shot on a shoestring budget of 500 to 750 thousand dollars, the film raked in an astounding 248 million box office dollars. Is it any wonder that this new “genre” of films has become a norm at the box office?

The only other film to show that much return on investment was the 2007 film Paranormal Activity with its budget of 15 thousand dollars and an unbelievable box office return of over 193 million dollars. P A was another film to utilize the internet as a valid and lucrative marketing forum. There are other film makers out there that have taken the Blair Witch formula as their template and done well in the box office department.

The Last Exorcism takes a leaf from Blair Witch and Paranormal Activity with its found footage scenario and tossed in a “mockumentary” theme. The film is a “documentary” of an exorcist who lives and works in the American south (Baton Rouge, Louisiana). Father Cotton Marcus (played by actor Patrick Fabian) uses a combination of psychiatry and “smoke and mirrors” via electronic means to “cure” the possessed person.

He has a pretty high success rate. But this man of the cloth is a cynic. He does not really believe in demonic possession, he does believe that the victims do and he treats them in a manner that reflects their belief. Father Marcus is retiring from the world of exorcism and a camera crew is documenting his last exorcism.

The film follows Father Marcus on his last case and we meet the victim, a young girl named Nell (which immediately brought up visions of Little Nell from The Old Curiosity Shop), her father and her brother, who is not pleased to see this group of film makers and the good Father descend upon his home. The brother, Caleb is downright hostile to the entire “congregation” and derides the Father at every opportunity.

Father Marcus performs two exorcisms on Nell and finds out that his opponent is all too real and won’t react to his psychological exorcism.

It terms of style, the film conveys it documentary “feel” very well. It looks and sounds like the real deal. Directed by the German independent film maker Daniel Stamm and filmed with “shaky cam” (a technique where camera stabilization is dispensed with giving the film a “guerrilla” and more realistic look) Eli Roth (Cabin Fever, Hostel) is one of the producers of the film. Marketing for the film was done via a chat room website (Chatroulette) using a viral campaign approach. It was to a degree quite successful, with a budget of 1.8 million dollars and a return of over 67 million dollars the profit is not as impressive as either Blair Witch or Paranormal Activity but with enough of a profit margin to elicit a sequel.

I will say that the film did look like a documentary to me. Stamm did a very good job of letting the run up to the action of the film feel quite mundane and not a little disappointing. The reveal at the beginning of the film that Cotton Marcus (Did you get the play on the name here? Cotton Mather Salem witch trials anyone?) is a man who does not believe in demons nor the idea of demon possession is disturbing; especially as he works as an exorcist who uses the “power of Christ” to cure the afflicted.

The cast do a brilliant job in their roles helping to sell the “reality” of the people and the story. I enjoyed the film very much and can say that I was genuinely surprised at the ending. I do not do a star rating on films, but if I did, The Last Exorcism would get 5 out of 5 stars for originality.

As the sequel is coming out in March 2013 it wouldn’t hurt to see the film before seeing the sequel. I think you will enjoy it.