Directed by Joe Dante and written by Mark L. Smith, The Hole is a horror film that is aimed at the teen audience no doubt. But despite the fact that the targeted demographic is quite a lot younger than I am, I enjoyed the film immensely.

Brothers Dane (Massoglia) and Lucas (Gamble) and mother Susan (Teri Polo) move the quiet suburbs of Bensonville from New York. While the family is settling in their new home, the boys discover a hole in the basement that has been covered and locked. With the boy’s curiosity peaked, they pry open the hole’s lid while mom Susan is at work.

Once they open the lid, they find out that the hole appears to be so deep that there isn’t a bottom to it. They enlist the help of their next door neighbour Julie (Bennett) to find out if she knows about the hole. Perplexed they decide to leave it alone and close the lid. But it appears that when they opened the hole, they let something out.

All three of the children have something scary happen to them. Lucas has a fear of clowns and a clown puppet shows up in his room, alive. Dane is visited by a large, very strong scary man and Julie is visited by a ghost in her dark bathroom. 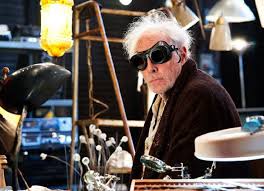 After watching the hole all night to see if anything comes out, Julie tells the boys about the previous owner of the house “Creepy” Carl (Dern). They decide to visit Carl and find him sitting in a room where he is surrounded by light bulbs. Carl admonishes the boys for opening the hole and tells them that by doing so they’ve let “the darkness” out and it will get them.

As the children leave, Carl’s light bulbs start going out and he is left in the dark screaming.

The rest of the film is about the three kids battling the things that come out of the hole. They try to defeat the hole and the darkness.

Although this was a horror/thriller aimed at a young teen audience, the movie works well. It was filmed in 3D and opened to positive reviews. I did not watch the 3D version; I watched the blu ray DVD and still enjoyed the film.

The Hole is very similar to the 2003 film Holes which was aimed at a similar demographic. Unlike Holes with its too simple plot and childish villains, The Hole has genuinely creepy ghosts and scary monsters.

The film has an “open” ending which seems to suggest the possibility of a sequel but it appears that despite the good opening reviews the film itself did not make enough money to qualify for one.

Despite the fact that I did enjoy the film and the creative ways that the three kids disposed of the monsters (or ghosts) I felt it could have benefited from more Bruce Dern (more cowbell, I need to hear that cowbell) and less of the neighbour girl. But that could have just been me.

The actors all do a capable job and the film is definitely worth watching. Although The Hole is not in the same league as the 1987 film The Monster Squad, it is just as enjoyable.